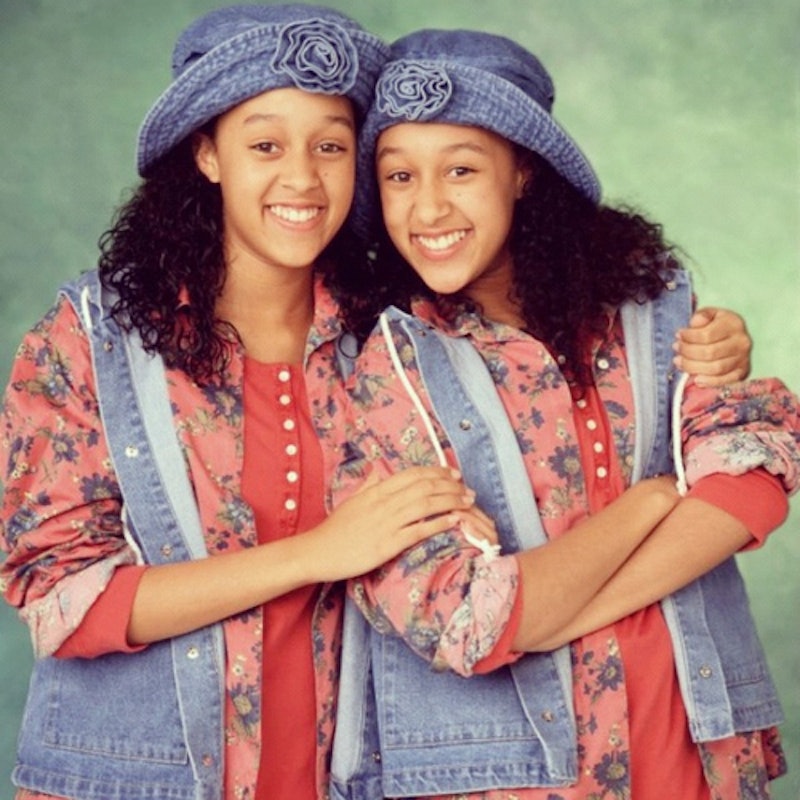 It may be 10 years since Sex in the City has been on the air, but I'll admit that I still love Carrie Bradshaw. I adore her carefree attitude and her bold, beautiful, curly hair. But I was also offended that she felt the need to straighten her locks to prove to Big that she was "sophisticated." She is such a wonderful, strong and beautiful character — in touch with her sexuality, independent, living as a freelance writer in Manhattan. Yet for whatever reason, she believed herself to be a more profound woman once she blew out those curly strands.

Why is the plight of the curly girl always a mess until she buys a flat iron? Why are curly haired characters always so Bohemian and whimsical — almost never given the part of the scientist, but rather the scientist's goofy assistant? You would think that after years (or centuries) of being a dominant trait in the human race, curly hair would have become a fashionable and respectable staple, rather than an underhanded character flaw.

I once believed that in order to nail my job interview or be taken seriously in general that I would have to spend hours taming hair that never needed to be tamed. Perhaps television is to blame, as it has this way of making us believe that it's a reflection of the real world! So I thought it would be fun to hunt for some curly haired boss ladies on television who reflect the true and multi-dimensional personalities of my curly haired sisters. Our ringlets may be a part of us, but the don't define us.

If I had to pick just one, Elaine would be the ultimate curly girl on television. From wearing over-sized power suits to having one of the most sane platonic relationships in television history, Elaine is where it's at! Elaine's hair went from big to bigger in every episode and even when she tried to wear it straight, it always came back to being beautifully curled. Elaine was such a boss role model to me growing up. She was in touch with her sexuality and never felt intimidated by being "one of the guys." Plus, she worked at some of the coolest publishing and fashion companies all whilst being able to afford an apartment in Manhattan. Her life wasn't always perfect, but her hair was, and so were most of her outfits. Creepers and long floral dresses, anyone?

Ok, don't get me wrong. I totally understand that by mid season these two switched out curly hair for straight, but growing up they were the only women who looked like me on television. Each character fought not only the stereotypes of what it means to have curly hair, but also what it means to be a black woman. These girls faced every issue from boys to drinking to getting a license to being asked to prom. Let's be real: I secretly hoped to meet my twin at the mall one day to have misadventures like these two. And with everything they did, it was done with heart.

Melina Kanakaredes is one of those actors who — no matter her character — will always have curls flawless enough to make Athena jealous. Always a surgeon, scientist or detective, Melina definitely knows how to break the stereotype that all curly hair women prefer wading barefoot rather than knee deep into chemistry books. I appreciate any character who doesn't feel the need to straighten his/her hair in order to prove firm intellect.

Who doesn't sigh longingly during season one of Felicity? Keri Russel's hair has to be the perfect blend of full body goddess to "just enough frizz for the girl next door." I love the realness of her hair and how Keri seemed to have full control of how it was portrayed, even in messy finals' week buns. From long hair babe to the TWA she had in season two, Felicity remains the epitome of character-driven curly hair boss ladies. To put it simply, she was never the "kooky girl with curly hair."

Unfortunately, as with the characters of many shows about growing up, Felicity decided that straight hair would show the mature person she had become later on in the show. Don't get me wrong: In the real world, I am 100 percent supportive of wearing your hair however you like. I just never want your hair to be something about you that you are ashamed of. This seems to be the trend for curly television stars who are "intelligent" and crave locks that reflect as much. In the end, its always great to watch Felicity for those uncomfortable growth stages, though.

I've said this before in my Oscar's recap and I'll say it again: Tracee Ellis Ross has the most envied hair of all television time (and continues to bless us with it in Blackish as surgeon Rainbo). Her character Joan Clayton was one of the best lawyers in L.A. who went on to open her own restaurant. I can't think of an episode in which she needed to wear her hair sleek to court — but perhaps this is because she was too busy being a boss to spend hours pressing it out! I can only remember each episode watching the different wash and go styles whilst dreaming, hoping and praying that one day I could achieve this level of awesomeness. Some day, Tracee, I'll be as cool as you!

More like this
Your No-B.S. Guide To Female Pattern Hair Loss Treatments
By Parizaad Khan Sethi
Lily Collins Got Shaggy Curtain Bangs For Emily In Paris Season 3
By Audrey Noble
12 Bellissima Beauty Moments From Milan Fashion Week S/S 2023
By Olivia Rose Ferreiro
Halsey Debuted A Copper Pixie Haircut, & It's Such A Fall Vibe
By Olivia Rose Ferreiro
Get Even More From Bustle — Sign Up For The Newsletter