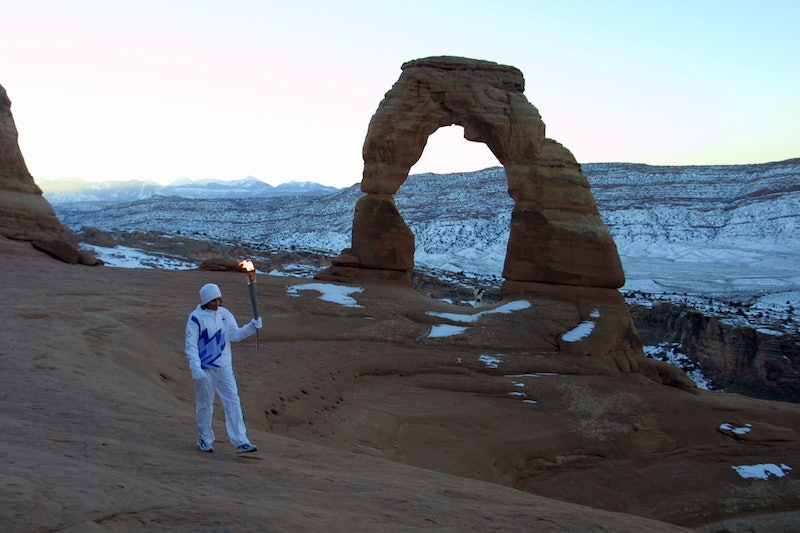 States are doin' it for themselves: Utah's gone and become fed up with the government, so they're paying their national parks $1.67 million over the next 10 days to reopen. The funding will reopen Arches, Bryce Canyon, Canyonlands, Capitol Reef, and Zion national parks, as well as the Natural Bridges and Cedar Breaks national monuments and Glen Canyon National Recreation Area.

Utah Governor Gary Herbert struck a deal with U.S. Department of the Interior Secretary Sally Jewell to reopen the closed parks using state funding to pay the National Parks Service. He helped cook up the plan as a way to get Utahans back to work and keep at least a little of the state's tourism revenue: October is the busiest month for the state's parks and typically brings in around $100 million.

"Come on down to southern Utah," Herbert said after signing the deal. "The parks are open in Utah."

If the shutdown ends within the next 10 days (Oct. 17 is default day), Utah should get back their money (although Congress is technically under no obligation). If it continues, Utah says it will keep on funding the parks, gosh darn it.

Arizona, Colorado, and South Dakota have also asked permission to reopen their parks for economic reasons.