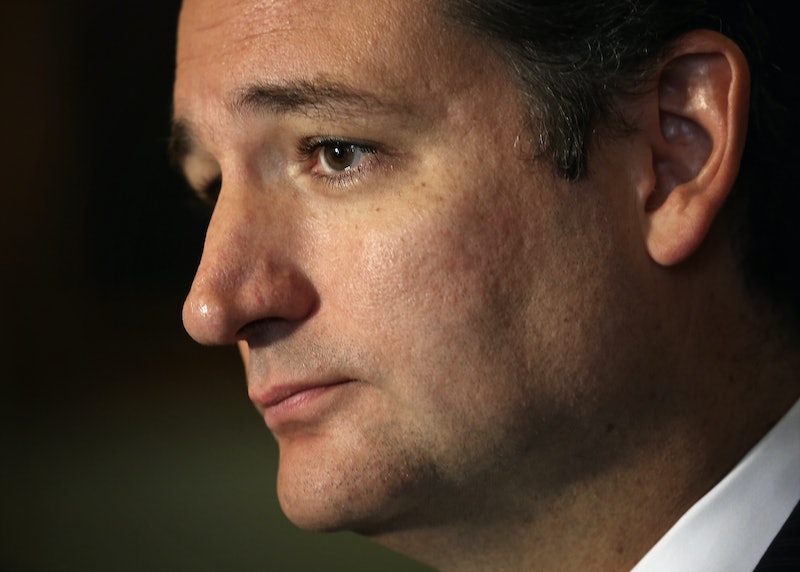 In case you forgot, this whole government shutdown initially started with the GOP protesting funding Obamacare. Now, it appears that very protest has actually caused Obamacare to gain popularity. According to a new poll by NBC and the Wall Street Journal, 38 percent of Americans now approve of President Obama's Affordable Care Act. While that may not seem like a huge percentage, it's significant growth compared to last month, when approval was seven points lower. Overall, it's the third-highest approval rating the Affordable Care Act has ever had.

That's pretty depressing news for the Republican party. Not only do they seem to be losing ground in their war against the Affordable Care Act, but on top of that, another new poll by NBC and the Wall Street Journal shows that by and large, Americans blame the GOP for the ten day-old shutdown. We can't imagine why.

Thursday night's poll results showed that 53 percent of Americans hold Republicans accountable for the ongoing shutdown, while only 31 percent would name Democrats as the culprit. Seventy percent of Americans felt that members of the GOP were playing politics rather than doing what was best for the country. About 51 percent said the same thing about President Obama.

But the poll didn't only address blame — it also took a look at what the continuing shutdown is doing to each party's popularity. Only 24 percent of Americans viewed the Republican party favorably: that's four points lower than last month, and the lowest reading for Republicans in the poll's history. The only group to rank lower when it comes to approval ratings was the Tea Party, which earned the approval of just 21 percent of those surveyed.

Democrats' ratings were better, with 39 percent approving of their work, and 47 percent rating President Obama favorably.

When it comes to polls, one group performed worse than any reading of Republican or Tea Party popularity: Congress. An Associated Press-Gfk poll conducted earlier this week showed that the approval rating for Congress as a whole was a paltry five percent.