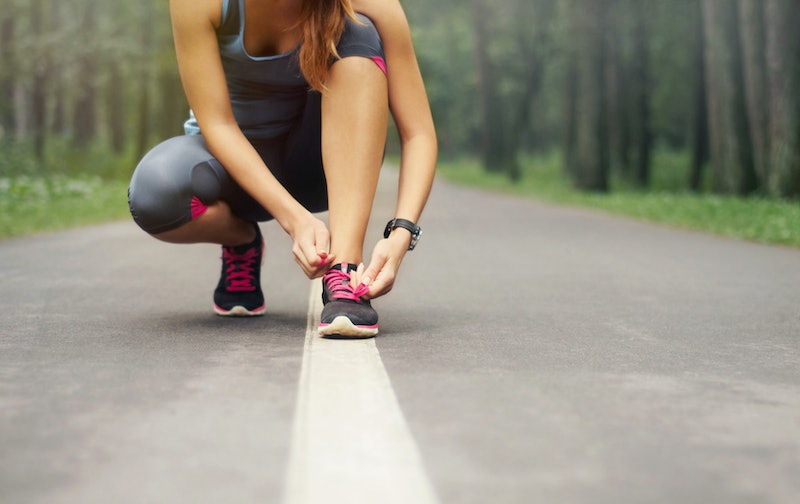 I know a lot of people who love running. Running, for them, means peace: they crave it when they’re overwhelmed, and they look forward to vacations because vacations mean they get to run more. They love it so much, and seem so happy when they do it, that I have occasionally thought, “Maybe I should try running! It can’t be that bad, right?” And then I put on my running shoes (which I usually only wear to Target and the grocery store), get out to the park and start putting one foot in front of the other. It usually takes approximately 90 seconds for me to realize that jogging is the worst thing ever, a travesty that goes against thousands of years of human evolution. I look at my running-loving friends and feel like I’m staring into madness personified. To quote the immortal Mugatu, “I FEEL LIKE I’M TAKING CRAZY PILLS.”

Look, I know that running is really good for you, what with all the burning calories and strengthening bone mass and preventing type 2 diabetes and some cancers and heart disease, but I can’t help it. I hate it and I won’t do it and you can’t make me. Here are just a few reasons that running is the worst:

Running has many health benefits, but it’s also a high-impact sport that can cause serious injuries, including Runner’s Knee, plantar fasciitis, Achilles tendonitis, shin splints, and stress fractures. In fact, according to the Cleveland Clinic, 60 percent of runners experience injuries severe enough to make them lessen or cease their running. A newsletter for the Harvard Medical School describes the impact of running as opposed to walking:

Each time they land, runners subject their bodies to a stress equal to about three times their body weight. In just one mile, a typical runner’s legs will have to absorb more than 100 tons of impact force. It’s a testament to the human body that running can be safe and enjoyable. At the same time, though, it’s a testament to the force of gravity that walkers have a much lower (1% to 5%) risk of exercise-related injuries than runners (20% to 70%).

There are lots of sports that have the same health benefits of running, without the same risk of injury, including swimming, cycling, and that old favorite, walking.

Jogging is just so goddamn boring. Seriously, it’s “left foot, right foot, left foot, right foot” over and over and over and over. The boredom of running makes me focus on the pain it causes. In some sports, I can distract myself from my straining muscles and wheezing breath by focusing on competition, the changing routine, or the shift from one exercise to another. But with running, there’s nothing to keep me from obsessing over how much the whole thing hurts.

3. For ladies, there can be…bouncing issues

Let’s be honest, for many women who are amply endowed, running is simply not comfortable; having one’s breasts bouncing with every step isn’t sexy or fun. One could work to find an ultra-heavy duty sports bra to strap down those suckers, or one could…. you know, just not run.

For some of us, “running” means flailing about like a fish pulled suddenly out of water. It’s better and safer for everyone to keep that particular bodily movement locked down.

5. Running is not the friend of clumsy people

Some people (ahem, me) are naturally clumsy. If you’re someone who is prone to accidents, running is a particularly bad idea: otherwise, instead of simply walking into that low-hanging tree branch, you’ll barrel into it at top speed.

6. Where is the motivation?

Sometimes running can seem like a cult. Of course, most runners are perfectly nice, normal people, even if they are in annoyingly good shape. But some runners—especially those who train for long distances—seem to approach running as a religion, and see themselves as evangelists, pulling lonely, vulnerable sheep into the fold. No, sir, I do not want to train with you at six in the morning; no, I do not care about your runner’s high; and, no, I will not eat one of those weird energy gel pack things. (Seriously, what are those?)

More like this
This Psychological Effect Might Be Keeping You From Hitting Your Goals
By Lexi Inks
The 5 Best SLS-Free Toothpastes, According To Dentists
By Amy Biggart and Danielle Calma
Here’s Your Daily Horoscope For October 3, 2022
By Mecca Woods
15 Winter Wonderland Decorations For Your Small Bedroom
By Jessica Goodman
Get Even More From Bustle — Sign Up For The Newsletter