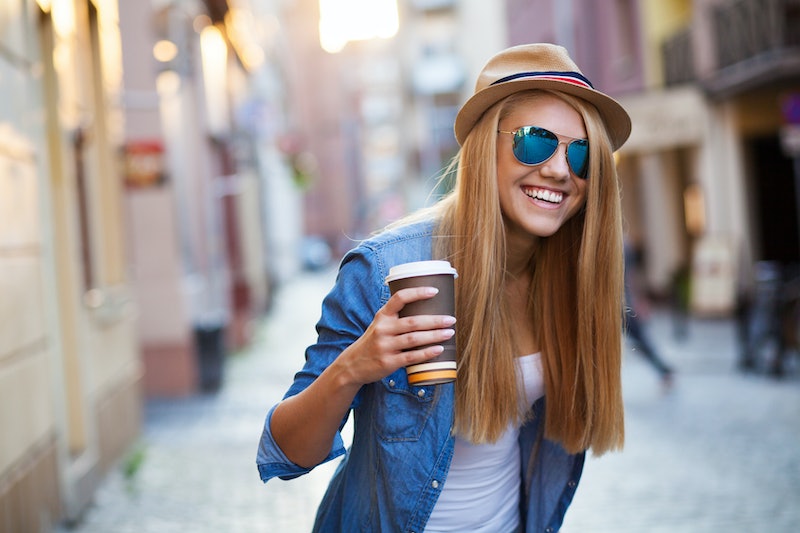 Sometimes when I think about some of the money I've wasted away in my 20s, I feel foolish. "Imagine," I think, "If, instead of spending that money on that dumb thing I no longer care about/wear/have, I would've saved it! I'd have so much more money right now!" Things that seem like a good idea at the time, in hindsight, just look like reasons why my savings account doesn't have more money in it. Sure, occasional indulgence is fine, and I'm not saying all momentary, spur of the moment spending is bad, but when you're in your 20s, there are definitely a few things you're pretty loose about dropping bucks on, and could probably do without.

A friend once said to me, "Your 20s is for getting into debt and your 30s is for getting out of it," which was more of a tragic statement than an advice, but is altogether true. When everything feels very immediate, so does your money, but the hard fact of life is that once the party's over, you might find yourself in a bit of trouble if you've been pissing money against a wall for the majority of your 20s. Because the thing is, we like to think of our youth as a transient moment, somehow unreal and removed from the rest of life. But it is real. All your life is your "real life", even if you think you should only start taking it seriously in your 30s. Having made some bad spending decisions in the past decade, here are some things I believe 20-somethings should stop wasting their money on asap:

These days, I'm more than happy to drink drip coffee made at home and indulge in a latte or something fancy a few times a week. But when I was in uni, I'd buy 3, sometimes 4 lattes in a day. I don't know if you know how much a latte costs, but the average price is around $4 a pop, working out to up to $16 dollars a day. And I KNOW some of you are spending even more than that. If you love your store bought coffee, try to limit it to one a day, and learn to love your french press for the rest of your day's caffeine. Depending on your Starbucks habits, if you cut down, even by half, you might find yourself saving up to $100 a week.

Argh, if I could return all the irrational clothing purchases I made in my 20s, trend-based things that I wore once and that have been gathering dust ever since, too hideous to even contemplate even a mere month or so after purchase, I'd probably be able to buy myself a car (not that I need a car, but you know what I mean). I'm not saying don't buy clothes at all. I love buying clothes, and I have no reason to believe that I won't stop loving it. But before you splurge, think about what you're sinking your money into: Is this expensive piece of clothing a staple you'll have for years? Or are you purchasing a weird trend piece that you'll discard after one wear, and could easily buy a budget H&M rip-off of for $20 instead? DON'T BE CARRIE. Don't be the old woman who lived in her shoes.

I've lost my purse a total of one time, and the only thing of value (aside from cards I could immediately cancel) was luckily only $40 in cash. But throughout my 20s, I've seen almost all of my friends lose their belongings on a near-regular basis. Expensive sunglasses, mobile phones, handbags, makeup and wads of cash. This seems to be most commonplace at parties where there's alcohol (as if that's a surprise). 20-somethings: STOP LOSING YOUR STUFF. It's just money down the drain when you do.

Every time you spend $10 on Juice Press, you're wasting your money. Go to the bodega and buy a carrot for 25 cents. Eat it. There you go. Same thing.

Cigarettes are both bad for you and expensive, so they're wasteful in more than one way. If I could go back and tell 20-year-old me anything, it would be that it's probably not worth it to pay for things that kill you slowly. DON'T SMOKE. If the health risks don't put you off, do the math on how much you spend on cigarettes in a week. That should freak you the hell out.

You know...things and...stuff. I wish I could explain it better, but you know what I'm talking about. We're constantly accumulating more and more random crap in our 20s; things we don't even remember buying or needing or even wanting. Like when you're at that farmer's market and impulse buy $6 kale for no reason. Or incense! Who even likes the smell of incense? There are so many things that seem like a good idea to purchase at the time, but in the end, are not. Like all those saris you bought while on vacation in Thailand. When you're in your 20s, a lot of dumb things seem not dumb. That's the best way I can explain it. That's also how you end up with boxes of knick-knacks that mean nothing to you. Don't throw your money away on useless crap. Be able to discern what spending is necessary, which makes you feel good, and which you're doing for the sake of spending. Do the first a lot, the second a bit, and then try not to do the third one at all.

More like this
15 Talc-Free Makeup Brands For Safer Eyeshadows, Powders, & More
By Audrey Noble
Experts Say You're Wasting Money At Home If You Aren't Trying Any Of These Clever Hacks
By Claire Epting
Alec & Hilaria Baldwin Gave Their 7th Child Another Version Of The Name Hillary
By Stephanie Topacio Long
10 Stranger Things-Inspired Halloween Costumes For True Fans
By Emma Carey
Get Even More From Bustle — Sign Up For The Newsletter