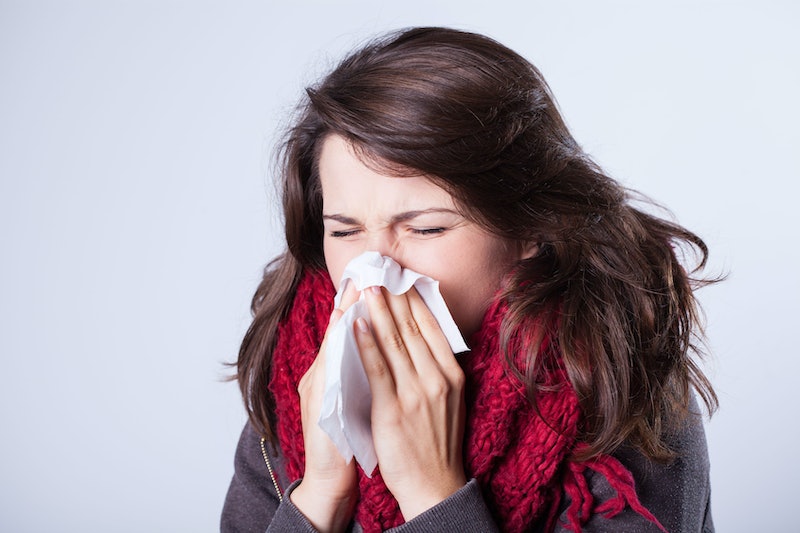 We've hacked everything from our laundry to our wine, so it was really only a matter of time before we stumbled upon a bunch of useful body hacks, too, right? Happily, BuzzFeed is on the case with one of their latest videos, “5 Simple Body Hacks.” It does pretty much exactly what it says on the label — that is, walks you through five incredibly easy ways to hack your body such that you can finally get the best of those hiccups that have been plaguing you for days.

Speaking of hiccups, today I learned something that makes me really glad to know about that particular hack: The longest-known case of hiccups lasted for 68 years. I'm not kidding. 68. Years. A guy named Charles Osborne from Athon, Iowa, started hiccuping in 1922 at the age of 28… and proceeded to hiccup until February of 1990. He was around 96 at the time. The BBC reports that for the first couple of decades, he hiccuped at a rate of 40 times a minute (!); later on, he slowed down to a more moderate but still absolutely maddening 20 times per minute. May we all be spared the fate of poor Charles Osborne. No one deserves to hiccup for that effing long.

Check out three of my favorite body hacks below, and scroll down to watch the whole video for the rest:

I know, I know — it looks ridiculous. Most hiccup cures do, including a second one that involves sticking your tongue out and pulling it. But you know what? I'll take 'em if they work. According to Medical Daily, hiccups occur when the “vagus or phrenic nerves are damaged or irritated”; stimulating them will help fix them, which is what the plugged ears trick does. The tongue thing, meanwhile, is thought to ease the diaphragm spasms that result in hiccups.

That's step one; then exhale slowly. You could also try pinching the webbed skin between your thumb and your pointer finger really, really hard (as we discovered earlier this week), or pinching the bridge of your nose. The nose pinching trick is particularly interesting; apparently it stops tears from being able to flow from your tear ducts.

3. To Either Force or Stop a Sneeze:

Man, what is it with the bridges of our noses? I assume pinching them does so much because they're connected to everything in our faces — but still. Who knew they were useful for more than just holding up your glasses?

Watch the full video below for two more:

More like this
Help! My Boyfriend Won't Tell Me Why He Stopped Going Down On Me
By Sophia Benoit
The Real Reason Your Instagram Story Viewers Show Up In That Order
By Emma Carey
15 Halloween Costumes Inspired By TikTok Trends
By Emma Carey
Why TikTok Is Obsessed With Caesar Salads Right Now
By Alexis Morillo
Get Even More From Bustle — Sign Up For The Newsletter