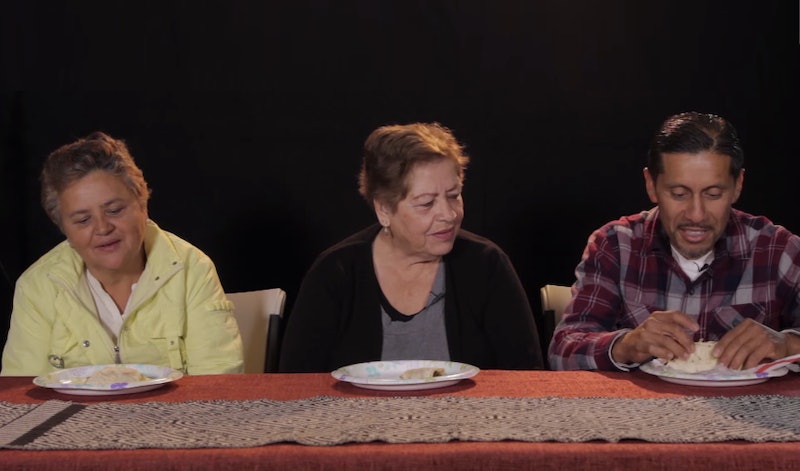 It shouldn't come as a shock that most cultures' culinary selections that are available in fast food format in the U.S. have been changed and reduced in their Westernized incarnation to the point where they are barely recognizable from the original inspiration. I mean, if you go to China (or even a proper Chinese restaurant), no one is eating that deep fried chicken with gelatinous lemon sauce. The real food is much, much better. It's no different with Mexican food, and Buzzfeed has proven that what we sometimes call Mexican food is not really Mexican food, by having Mexican people try Taco Bell for the first time. The results are mostly as you would expect them to be but the video is more than worth watching because, if you're anything like me, you're going to learn some things you didn't know about Mexican food, and also the two elderly women paired together are a rip-roaring good time. (Also, you might like to pretend that the two teens with attitude are the older women when they were young. I don't know, it's just a suggestion.)

I've never actually eaten Taco Bell myself (don't start with me, it's fine), but I have been to Mexico, and I don't believe I ate one burrito while I was there (or even saw a burrito for sale!), so I suppose that's saying something. After watching this video, I certainly will not ever eat Taco Bell, especially when we live in a country where there's such easy access to wonderful, actually delicious and authentic, Mexican food.

So basically, Taco Bell is not anywhere near as good as Shaq would have you believe.