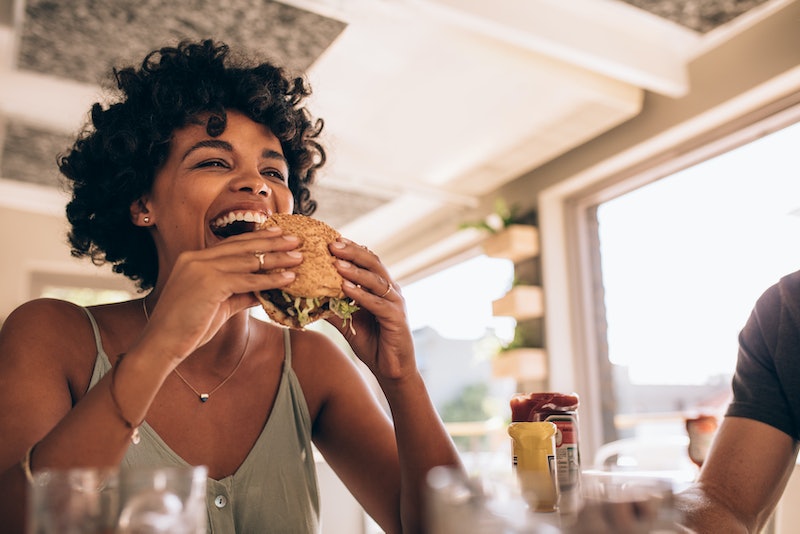 In ye olde digital age, when we entrust our ever-important, always-indulgent taste buds in the hands of a new food spot, most of us employ at least a cursory Yelp search — though after skimming through disgruntled one-star reviews of epic poetic proportions (written by some of the world's pettiest restaurant-goers) and seemingly fake five-star spambot reviews, it can be hard to tell exactly what 4.5 stars with 239 reviews really means: do non-weirdo non-robots actually like this Indian joint or what? Well, those days are over thanks to Flavour, a new app that curates restaurants rather than crowdsources them. In other words, you can actually trust that the selections have been properly vetted (by publications of note, like The New York Times and San Francisco Chronicle, as well as high-caliber local bloggers and chefs), and save that mental bandwidth for something more important... like picking out a scrumptious new dessert!

Flavour, available in the iTunes App store, first launched in October and currently has recommendations for 3,390 restaurants in New York City, L.A., San Francisco, Chicago, Houston, Miami, and Austin with further plans to expand this year — so if it isn't there already, it's probably coming to your city soon.

The newly updated version of the app features a search option (based on cuisine, dish, feature, neighborhood, or a combination of terms), and an "Around Me" interactive map, wherein you can check out all the Flavour restaurants near your current location.

The 2.0 build also incorporates restaurant photos from Instagram (again, highly curated), and Uber integration for getting you there (as if that needed to be any easier). Overall, their tagline "No stars, no sifting, just great spots" seems pretty accurate, making it an exciting find if you love great food without a lot of forethought.

Although, if you're low on funds, ain't nothing gonna beat the burrito stand around the corner... and there's not an app in the world that can change that.