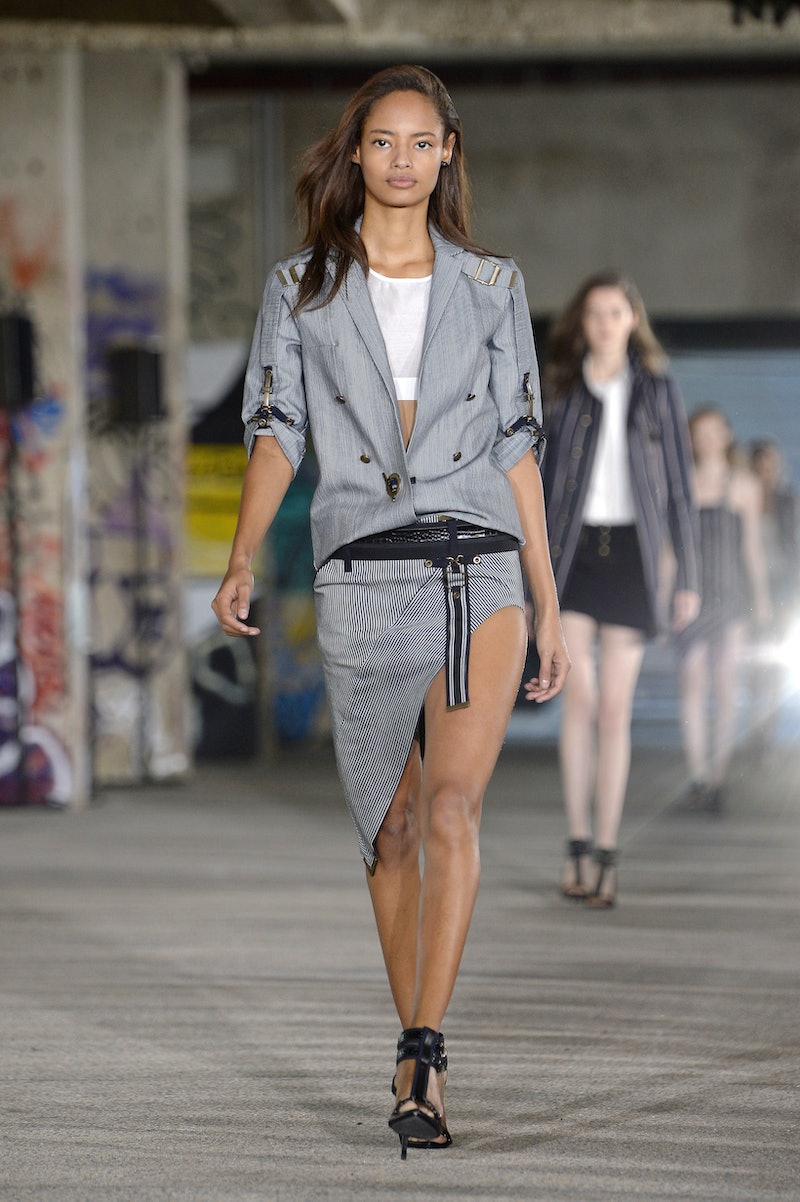 Well, this seems a little backwards. In a new interview with The Telegraph, It Girl model Malaika Firth says racism in the modeling industry should be ignored, because turning a blind eye usually makes things better, right? Um, wrong. That definitely doesn't sound like the right way to deal with the problem.

"The lack of racial diversity is a prevalent issue in modeling but I try to ignore it," Firth told the British paper. "If you talk about it and try to make it an issue, then it's still going to be there. I think a lot of people my age don't see the racism, and if we can just carry on trying to do better for ourselves, then I think it will be fine."

Well, I hate to break it to you, Malaika, but I don't think it will be fine if we just carry on. Here's the thing. As a Canadian-American girl with British descent (read: very Caucasian,) I think I've probably been the recipient of white privilege many times without even knowing it. So even though a lack of diversity on the catwalk may not affect me directly right now, I still see it as a huge problem. Racial equality is beneficial to everyone in the long run, and that includes in the modeling industry, too.

The ratio of white models to models of color is actually ridiculous, and as much as the conversation has grown over the past few years, we're not even close to getting to where we need to be, both in fashion and in the world in general. So, we should just stop talking about it, right? #Logic? No.

As a Kenyan-born model, it's hard to believe that even though Firth can acknowledge that it's a major issue in the industry, she doesn't think anything should be done about it. And I know I can't tell her how to think or feel — after all, as a black British model, she's much, much closer to the issue. But I do know that greatest human rights victories in history haven't come from people just not talking about it.

These things don't just sort themselves out. They require unwavering dedication and unapologetic, outspoken opinions to solve. And I hope Firth recognizes this soon, because she's in a unique position to affect change for everyone.