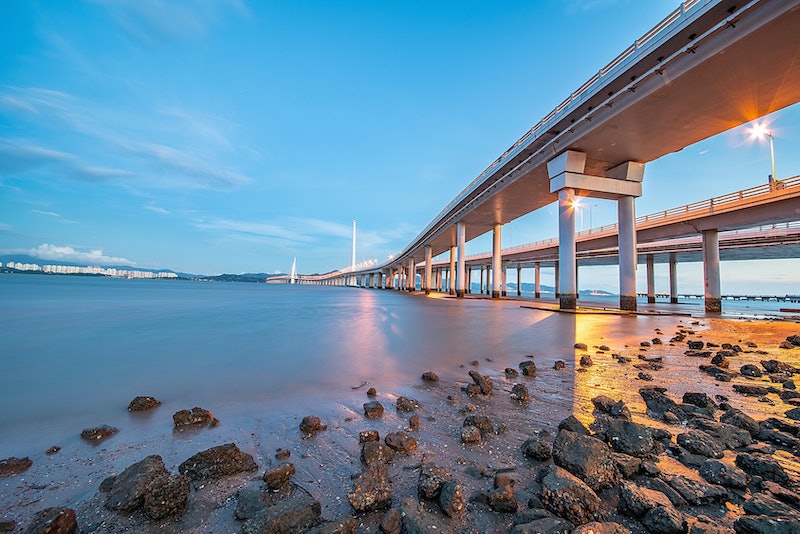 When people say we do crazy things for love, they weren't kidding. Just ask 20-year-old Wu Hsia, who was forced to choose between his ex-girlfriend and new girlfriend when they jumped in a river, both begging him to save them. The thing is, they were all meeting by the river in Ningbo, in eastern China’s Zhejiang province, to put an end to the drama. The ex, Jun Tang, wasn't getting the hint after Wu broke up with her for his new boo Rong Tsao, so Wu arranged a discussion for the three of them, reports Mirror UK. When they all got together for their calm, mature meeting, the ladies went at it. After being insulted by Rong, Jun, did the most logical thing one does and jumped into the river, hoping the Wu (the one that got away) would jump in, save her and carry her off into the sunset. Rong, clearly tired of Jun's BS, jumped into the river too, because, why not? Two can play this game, Jun. If Wu didn't think he was in an uncomfortable situation prior to this, he definitely does at this point.

So what did Wu do?

He jumped right in to that river and saved his girlfriend, obvi. He took her to the hospital, and left Jun chilling in the river. But he didn't leave her totally empty-handed. A policeman told The Mirror:

"He called his brother on the way home and told him to go to the river and rescue the ex-girlfriend."

See, you can always count on family to get your nutjob ex out of the river when you decided to save your current girlfriend. The fire department, too. Jun was brought to the hospital and didn't suffer any major injuries. As crazy as their meeting was, I guess it was one way of setting things straight.

More like this
5 Ways To Help People Impacted By Hurricane Ian In Cuba & Florida
By Emma Carey
Chelsea Clinton On The Best Advice She Ever Got From Her Mom
By Brianna Kovan
10 Ways To Be More Empathetic To Your Partner
By Raven Ishak and Lexi Inks
Think Your Partner Is Cheating? These Tarot Cards May Confirm Your Suspicions
By Kristine Fellizar
Get Even More From Bustle — Sign Up For The Newsletter