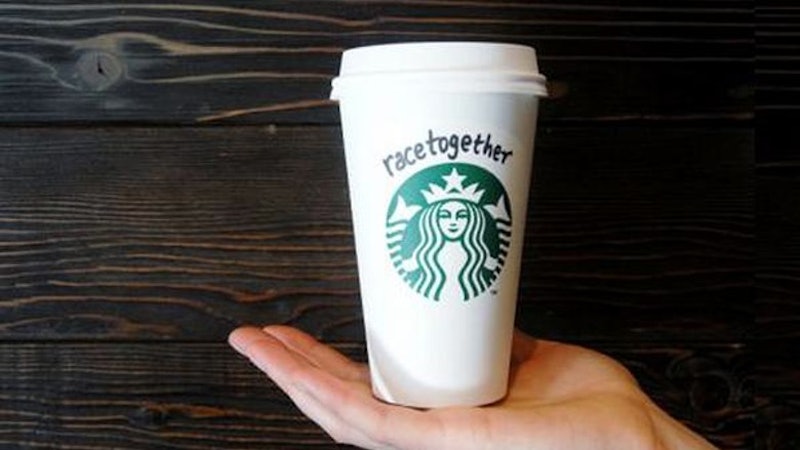 Anytime Starbucks launches something new, it’s bound to make headlines, but the company’s latest campaign didn’t exactly receive the type of attention it was hoping for. After no shortage of public backlash and criticism, Starbucks' unpopular "Race Together" campaign officially comes to an end — and depending on who you ask, not a minute too soon. Now you can breezily visit your local Starbucks without having to weigh in on complicated sociopolitical matters once again.

Not familiar with Starbucks' "Race Together" campaign? Basically, the project encouraged baristas to write "Race Together" on customers' cups as a way to prompt discussions about race issues in America. Almost immediately after its launch last week, Twitter users came out strongly against #RaceTogether, criticizing it for being, well, a pretty terrible idea... but who knows? Maybe if we had given it a little more time, the Starbucks campaign would really have succeeded in smoothing racial matters where billions of tax dollars and decades of professionally-constructed public policies have failed.

In a statement posted to Starbucks' website on March 22, Starbucks CEO Howard Schultz explained that the campaign's initial objective was to "stimulate conversation, empathy and compassion toward one another," and that despite criticism, Starbucks will always "aim high in our efforts to make a difference on the issues that matter most."

Schultz also added that the company had always planned to end its "Race Together" campaign on March 22.

I guess we can all go back to drinking our coffee alone and in silence now, just the way we like it.