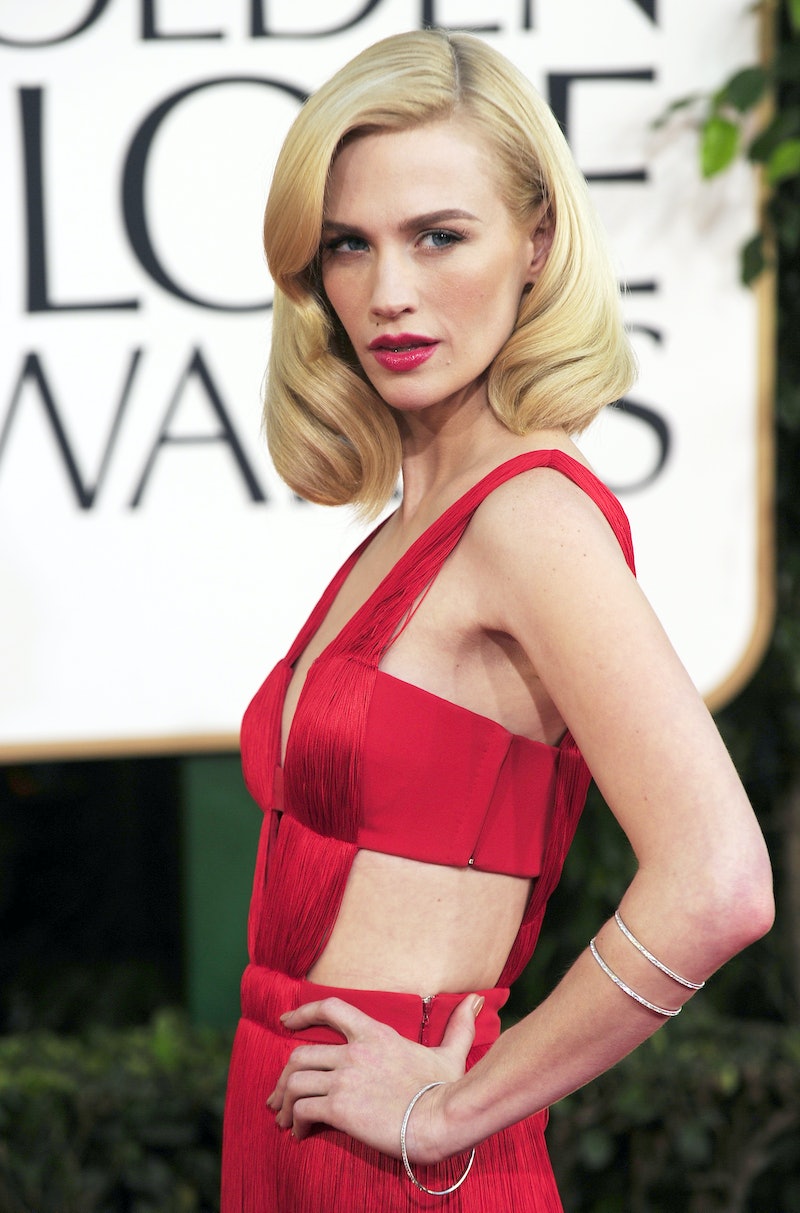 The era may be ending, but that doesn't mean the fashion has to die with it. January Jones attended a Mad Men screening in New York City, channeling a slightly edgier version of her character, Betty Draper. And Jones' blush pink hair totally makes the look.

The 37-year-old posed for pictures at The Film Society of Lincoln Center on Saturday night in a look that perfectly mixed retro with a hint of fun and modern. January wore a red, knee-lounge flounced skirt with a low-cut, V-neck black top. She completed the outfit with a black jacket with sequin detailing, and a pair of simple, black pumps. It was a 60's silhouette, but the plunging neckline and cropped sequin blazer kept the overall look feeling a bit more fresh. When it came to hair and makeup, the actress did give another nod to the past. With her blonde/blush pink hair in pin curls á la Betty Draper and a red lip, Jones looked fittingly appropriate to bid adieu to the character she's played for seven seasons.

As a longtime (mega) fan of the show, I couldn't be sadder to see it end, but hopefully January will occasionally channel the sixties on the red carpet. She just does vintage so well.