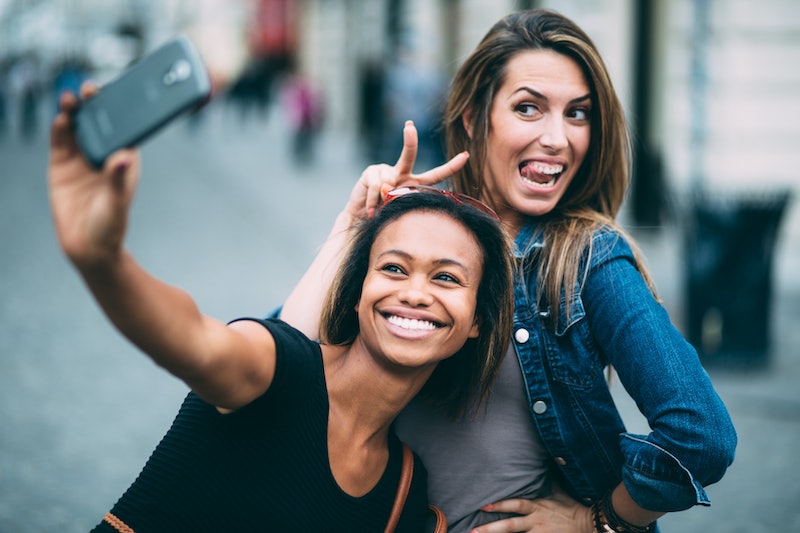 Jenna Wortham, a technology writer and current staff writer for the New York Times Magazine, was recently featured on the website Pico, where she discussed the changing format of entertainment, especially in terms of short video platforms such as Vine and Snapchat. I've been wondering what these tools mean for how we consume entertainment, and her words make me appreciate the novelty of short, high-quality videos and the ingenuity it takes to present entertaining content in them.

I don’t post much on Snapchat (though you should check out Bustle's SnapChat account), but I’m always watching my friends’ Snapchat Stories. And it’s through watching them that I’ve learned that some people are better at Snapchat than others. I think it’s also interesting that my youngest sister, a high school junior, tends the have the most entertaining Snapchat Stories out of all the people I follow. I guess there is something to be said about the younger generation adapting quickly to newer forms of entertainment. But, though my sister is a Snapchat pro and spends a lot of time on it, even she knows when she’s using Snapchat too much.

Most people, I’ve found, don’t know when to dial it back. So, if you love Snapchat, but you’re not sure if you’re posting too much on it, here are a few signs that let you know you should probably cut back.

1. Your Snapchat Story is more than 120 seconds long

This is usually the first sign that you have been doing too much on Snapchat. The word “snap” in Snapchat conveys the idea of something quick and snappy. So yes, in the context of the Snapchat world, a two-minute collection of videos and pictures is quite a bit.

Every. Morning. OK, maybe you're a morning person. Even an occasional "good morning" post with a particularly nice view is OK, but every morning? That’s quite alright thank you very much.

3. You spend too much time on uninteresting subjects

Driving in traffic isn’t all that interesting. It’s even less interesting to stare at an eight-second picture of it. I think it's a good idea to keep commonplace snaps as short as possible. And please, please, for the love of God, don’t post multiple eight-second snaps of your selfies.

If a lot of your Snapchat Stories are sneak videos of people who might not like being on camera at the moment, I’m assuming you’re recording them without their permission and are therefore doing way too much.

5. You don't have a Snapchat Story filter

And by that, I mean, you can't tell what's OK to share in your public Snapchat Story and what might be better suited for a personal Snapchat to somebody (like whatever is happening at the one-minute mark in this video). There's also some things that shouldn't be posted in a personal chat OR a Snapchat Story at all. Watch this video for a better idea of what I mean.