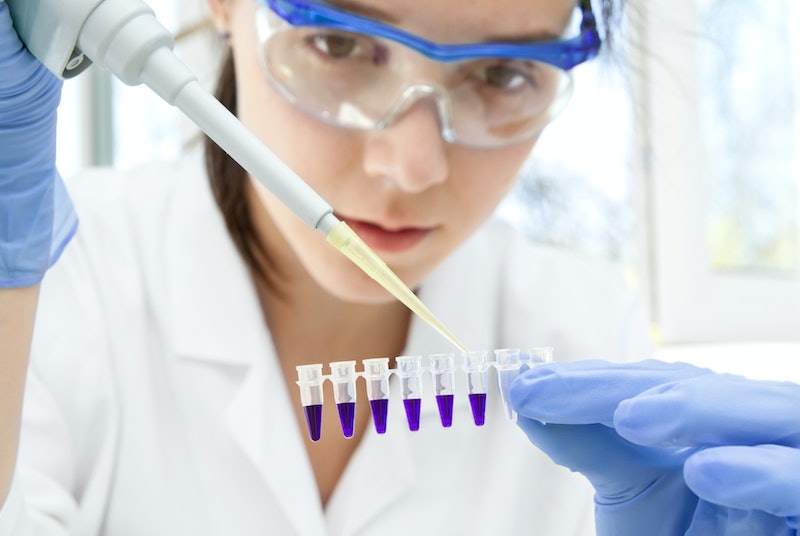 A strange, sad saga of sexual harassment has been playing out on social media this week, but this time it's not the usual suspects — celebrities, feminists, Fox News heads — at the center of it. It's a biologist named Danielle Lee.

Things started when Lee, who keeps a Scientific American blog called The Urban Scientist, told an editor at Biology-Online.com that she wouldn't write for the site for free. The editor responded: "Are you an urban scientist or an urban whore?" Oof.

Lee tweeted and wrote a blog post about it. Angry but good-humored, other science bloggers began inserting the word 'whore' into their blog names and tweeting with the hashtag #WhoreItUp. Then Scientific American removed Lee's blog post from the site, saying it wasn't appropriately related to science. This provoked some justified questions and outrage. Later the site reposted Lee's original post, along with an explanation and an apology.

Things may have ended with that day's news/hashtag cycle, but the incident prompted another writer to come forward. On her blog, Monica Byrne wrote about the confusing, sexually-tinged interactions she had with science blogging bigwig Bora Zivkovic. Known in the community as "the Blogfather," Zivkovic runs the Scientific American blog network and has served as a mentor/gatekeeper for many aspiring science writers. Byrne thought she was having coffee with him to discuss her work. Things went...differently.

He began describing his own experience of going to a strip club. Then he described himself as “a very sexual person.” Then he told me about his wife’s sexual and mental health history. Then he began telling me about his dissatisfaction with his current sex life with his wife. Then he reminded me that he was “a very sexual person.” Then he told me, in an awful lot of detail, about how he almost had an affair with a younger woman he’d been seeing at conferences — how they’d met, how it escalated, how “close they’d come.”

None of these topics were invited by me. I tried to listen politely and nod when he paused, but otherwise not engage or encourage him. He seemed not to notice how uncomfortable I was ... Later that day, I received a casual message from him on Facebook, saying that it’d been “great” to meet me and that he had “no idea how the convo veered into sex, but heck, why not.” This made me furious. The conversation had gone that way because he’d very deliberately led it there, and kept it there, despite my non-response. Still on autopilot, I sent him some of my old clips, still thinking I should pretend nothing was wrong and salvage the working relationship. But over the course of the next week, after talking to friends, I realized how upset the incident had made me.

That's an experience I think women in many industries can relate to, sadly. And it's a really, really tough situation. Zivkovic's behavior was bizarre, but was it sexual harassment? Did he know he was crossing lines? Could he simply have misread the whole situation? As Slate's Laura Helmuth writes:

At the most reprehensible end of the spectrum of possible explanations, Zivkovic is a predator who surrounded himself with inexperienced women because he considered them easy prey. Or perhaps he has some mental health problems with impulse control. But there’s a chance he was just extremely optimistic about his chances, blind to the power differential, and unaware of why so many young women wanted to have coffee with him in the first place. If so, he is still entirely at fault. These explanations aren’t exhaustive or even mutually exclusive, but the last scenario is something we can potentially learn from.

For women who find themselves in situations like Byrne's, weighing the "right" course of action can be awful. If you say something, will it hurt your career prospects? Are you just misreading the situation? Should you "lighten up?"

After Byrne's post about the experience, Zivkovic (to his credit) admitted that it was true and apologized. He said it was a one time incident. Then another science writer, Hannah Waters, came out and said the same thing happened to her.

Since then, Zivkovic apologized to both women via Twitter, and resigned from the board of the science conference he helped found. The blog editor who called Lee a whore was fired. But regardless of what happens to those two, this story seems to have a positive ending. It has sparked a conversation about sexism, sexual harassment, racism, privilege and power that's illustrative way beyond the science writing community.