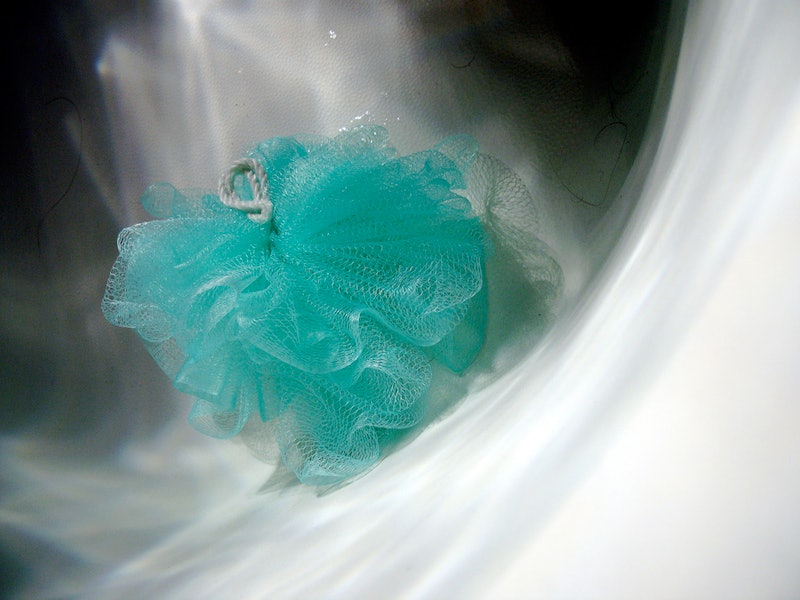 It's nice to imagine that, over time and with age, we mellow to a stable state in which we're borderline unshakeable. People can, and often will, let us down and present crappy surprises, but surely we can forgive and move on, right? Well, most of us usually can. For when simply deleting someone's contact info from your phone and doing some deep breathing simply won't cut it, there now exists a new revenge option: You can send your enemies vaginal cleansing kits. Because how will they know for sure the exact extend of your hatred for them without such a clearly communicated message? "You stink and I hate you. No, literally, you stink."

WashYourBox.com offers—for just under $15—an opportunity to shatter any self-confidence a person you do not like for whatever reason might have left. To be fair, it doesn't first appear as insulting as it truly is—the box contains a small, squeezable bottle of soap and cheerful colored loofah. This could even be seen as a bit of a favor, assuming I'm not the only person who feels annoyed by the non-negotiable practice of purchasing essential items like these. Like, hey, thanks for the free products, enemy. Joke's on you! But! What drives the knife-twisting point home is the straight-up message that comes standard with the hygienic products: "You smell and you should feel bad." Oh.

The creator of Wash Your Box says she "came up with the idea for this site while listening to a Lana Del Ray extended remix," so. There is that. And to be clear, the soap is Canadian and is called Moist, in case you weren't already offended enough.

I mean, I know I experience bouts of rage sometimes as the direct result of interaction with specific humans, but Wash Your Box seems like an intelligence regression. It's mean-spirited and probably not super effective at enraging the receiver. And honestly, what would Lana think? While we're on it, let's explore other mailable options for (much more reasonable) revenge:

As in, an empty envelope or box. Cue instant disappointment and confusion—possibly one of the more notoriously horrible feeling combos ever.

Grosser, maybe, but at least this is funnier than telling another woman her holiest of orifices needs a scrub.

Real talk: I would NOT be mad to open a box of these.

I propose we give the whole avengers act a rest and funnel that angry energy into something more productive—like being less angry. Or being angry on the treadmill. Or building a birdhouse. Or calling your mom. I don't know your life, but I do know being a jerk rarely pays off (even if someone kinda deserves it).