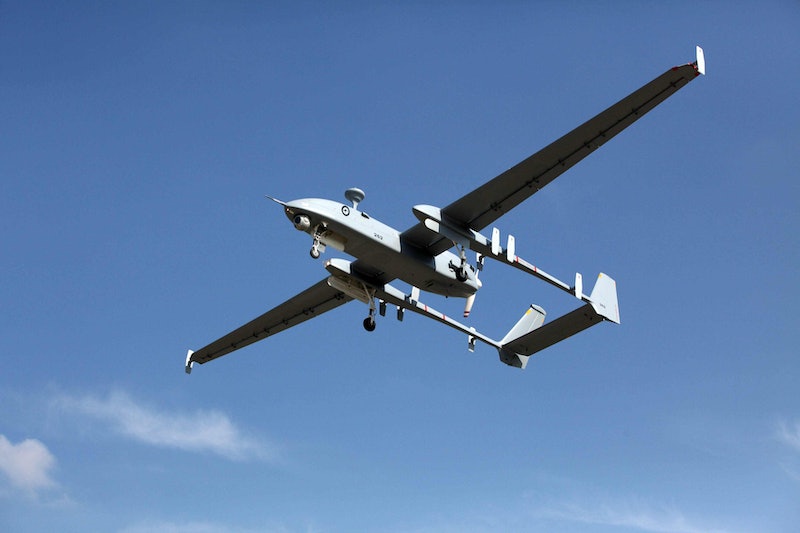 According to secret memos revealed Thursday, Pakistan cooperated with the United States on drone strikes — despite Pakistan's repeated denial of such allegations and its criticism of the United States. According to the documents, an agreement between the two governments predates the public acknowledgment of the drone programs, and markings on the documents mark them as “top secret,” but to be shared with Pakistan. The documents also indicate that in some instances, targets were selected with the help of Pakistan’s government. The documents refer to a strike, “at the request of your [Pakistan’s] government.” Others reveal talking points for the deputy director of the CIA, who gave regular updates to Pakistan’s ambassador to the United States.

A spokesman for Pakistan's foreign ministry said that "his government does not comment on media reports that rely on unnamed sources," the Washington Post reports. Because if you don't talk about it, the issue disappears, right? "Whatever understandings there may or may not have been in the past, the present government has been very clear regarding its policy on the issue,” the spokesman, Aizaz Ahmad Chaudhry, said. “We regard such strikes as a violation of our sovereignty as well as international law. They are also counter-productive.”But the relationship quickly became more complicated than the early agreement suggests. The files obtained by the Post document how the drone program shifted from targeting groups linked to the September 11 attacks to targeting militants more broadly. They also show that the United States believes Pakistan's government might be tied to or aiding militant groups that attack American forces. A 2010 memo from Pakistan's foreign affairs ministry suggests that the government tried to prevent some U.S. officials from re-entering the country. “Kindly find enclosed a list of 36 U.S. citizens who are [believed] to be CIA special agents and would be visiting Pakistan for some special task,” it read. “Kindly do not repeat not issue visas to the same.”

So far this year, there have been 23 drone strikes in Pakistan. But over the years, estimates say that the civilian death toll has been in the hundreds, a figure that the U.S. government disputes.

It’s no surprise, then, that Pakistan’s public rhetoric has been anti-drone even though they have been in on the operations from the start. On Wednesday, when Pakistan’s Prime Minister Nawaz Sharif met with President Barack Obama in Washington, he urged the United States to halt drone strikes in his country.

The strikes took another blow earlier this week, when a report by Amnesty International said that the strikes were illegal and might even constitute war crimes because of the collateral civilian damage they accrue. Amnesty issued another scathing report focused on drone warfare in Pakistan’s tribal North Waziristan.

Given the international political climate and the unpopularity of the strikes within Pakistan, it’s not surprising that the government there is trying to distance itself from any suggestions of involvement. But the Washington Post’s revelations are also not surprising: Pakistan's government likely also doesn’t want the Taliban running parts of the country into havoc.

But for once, leaks are actually benefiting the Obama administration. Though Pakistan’s cooperation doesn’t make the numbers of civilian casualties any less problematic, it does help shift the blame around. And in the eyes of the Pakistani people, there now might someone just a little more problematic than Americans. Let’s just hope they don’t decide the Taliban offers a better solution.