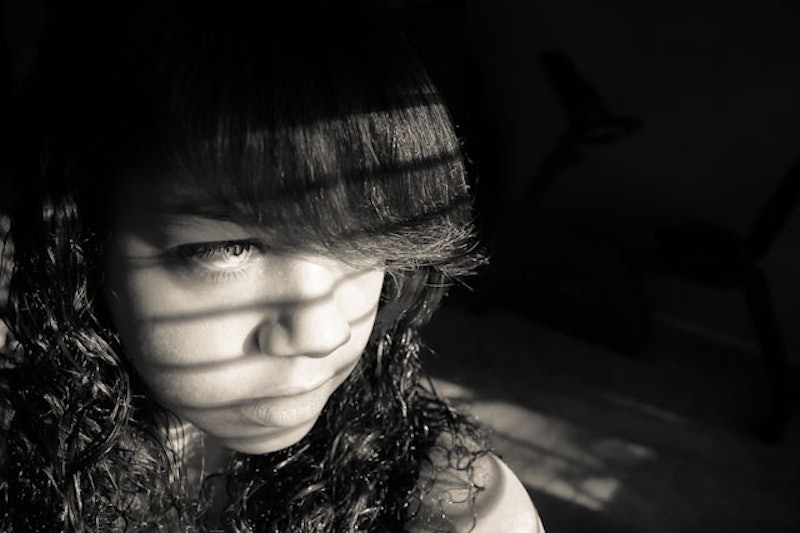 Social media is "redefining depression," according to The Atlantic, with online communities presenting a gentler, more aesthetically pleasing version of the disorder that could seriously skew people's thinking about clinical depression. On social media — especially Tumblr — depression is presented as a lifestyle choice, writer Anne-Sophie Bines argues. If Tumblr were the Virgin Suicides, it would be all Kirsten Dunst flouncing around in soft focus and pastel dresses, no little sister jumping out the bedroom window. All virgins, no suicide. All jutting hipbones and artfully dangling cigarettes. Charmingly tragic.

As Bines describes it, Tumblr is brimming with photos and images "that evoke negative emotions through art and call it depression. Black and white photographs of mystical emaciated women who stare off into the distance put psychological torment and beauty on the same page."

This distorted vision of depression makes a serious disease seem like a sort of cool personality trait, and its sufferers as ethereal beauties — damaged but poetic and profound. In the Atlantic article, psychologist Mark Reinecke worries that all of this beautiful sadness could lead non-depressed teenagers to think that they are depressed and to be self-pitying and self-harming. Bines adds:

"This sort of exhibitionism of self-harm, suicide, depression, or self-loathing under the pretext that it is beautiful, romantic, or deep is hardly unusual. Today the depression many teenagers, like those on Tumblr, say they have is one that’s linked to a notion of 'beautiful' suffering."

But while Tumblr may provide tools for sharing all this 'sadspiration,' romantic visions of depression, especially among young people, have been circulating for literally centuries. In the 20th century, we have ample notable female examples, from Sylvia Plath to Elizabeth Wurtzel (whose image on the cover of Prozac Notion set the tone for the modern sexy depressive).

These ideas did and can still do harm, but if hundreds of years of history are any indication, most young folks grow out of their idealizing-depressives phase without becoming severely depressed themselves. Clinical depression is about brain chemistry. It's not something you can catch from looking at too many black-and-white photos.

It's possible, even, that all this sadspiration is a force for good, maybe. Twelve percent of teenage girls having suffered at least one major depressive episode (a rate three times higher than for teen boys). Maybe the Tumblr-version of depression — where it's not portrayed as shameful or debilitating — helps them deal with the disease. High school can be a time of almost dysphoric levels of emotion for any teenager, and especially so for depressive teens. What looks to older or non-depressed people like glamorizing depression may be articulating it in a way that helps them claim and cope with depressive feelings.

More like this
Ashley Benson Revealed The Whole-Body Effects Of Her Anxiety On TikTok
By Stephanie Topacio Long
People Are Flocking To The Hive Social App Following Twitter’s Changes
By Kaitlyn Wylde and Alexis Morillo
Emily Ratajkowski & Pete Davidson's Astrological Compatibility, Revealed
By Nina Kahn
Are Sagittarius & Capricorn Compatible In A Relationship? Astrologers Weigh In
By Kristine Fellizar
Get Even More From Bustle — Sign Up For The Newsletter