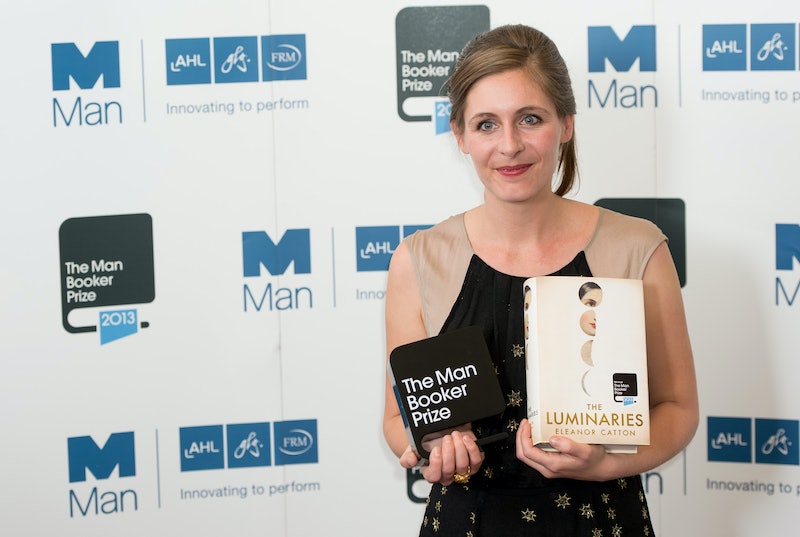 The Luminaries, Eleanor Catton’s masterpiece of a second novel, definitely deserves its Man Booker Prize. The novel is massive — 832 pages — but well worth every one. It’s also a highly innovative, structurally experimental project that tells a captivating story.

The novel is set during the New Zealand gold rush of the 1860s in the small, slapped-together town of Hotikita. It’s a dreary, transitory type of place, populated by men and women who weren’t born there and probably won’t settle there either, a place where the rules of English society no longer apply (provided you’re white and a man, of course). It is a world Catton has clearly researched extensively, one she brings to life on the page, right down to the period-appropriate narrative voice.

The novel traces the lives of more than a dozen men and women who find themselves in some way connected with three events that all occur on the same fateful night: the death of local hermit Crosbie Wells and subsequent discovery of his hidden fortune, the apparent suicide attempt of “member of the old profession” and opium addict Anna Wetherall, and the disappearance of a young miner who struck it rich, Emory Staines.

Yet the story starts in the middle, some two weeks after the strange evening, when 12 men gather in secret in a Hotikita hotel to pool their knowledge and try to figure out what, exactly, is going on. They are a strange and diverse group, including a banker, a chemist, a shipping agent, a Jewish newspaper man, a Chinese opium dealer, and a Maori guide. The book begins, therefore, not when the sequence of events transpires, but when someone starts to piece together the story.

And it is a convoluted story! In this tiny outpost at the far end of the British Empire, everyone is seemingly connected to everyone else, and in the most unexpected ways. Yet Catton is able to wind her way in and out of these tangled threads with seeming ease, deftly managing an omniscient narrator while she’s at it. Her eye for human nature is spot on, made all the more delightful by the 19th century tone her narrator never breaks.

From the time she first describes young Walter Moody as someone who “presented himself in the manner of a discreet and quick minded butler, and as a consequence was often drawn into the confidence of least voluble men, or invited to broker relations between people he had only lately met,” the reader knows they are in the hands of a master.

Catton’s structure, however, is what elevates the narrative. She begins in the middle and works her way forward, from the intricately wrought first section that describes the tangle these men are faced with, to each subsequent section in which the seemingly unintelligible events grow clearer and clearer until the characters finally reach a resolution — and the book itself flashes back into the past, to sketch the events that made the puzzle in the first place.

If told sequentially, Catton's story would not be half as interesting. In fact, it might not be interesting at all. Instead, Catton gives us a puzzle as convoluted and mysterious as life. How often have any of us looked at something in our lives and wondered how things got so complicated? This book shows us a mess, a 360 page opening of lives tangled up with each other and with the stars themselves. And as each section unfolds, as the book wanes, the mess becomes slowly more manageable until the final section, only a page in length, when the book finally slips gently away.

Towards the end of the novel, one of the main characters, the chaplain Cowell Devlin, says, “If I have learned one thing from this experience, it is this: never underestimate how extraordinarily difficult it is to understand a situation from another person’s point of view.” Yet somehow, in this novel, Catton gives us more than a dozen points of view, and even though it is extraordinarily difficult to make sense of them all and how they fit together, she guides us through it with an expert hand, making The Luminaries a feat from the first page to the 832nd.