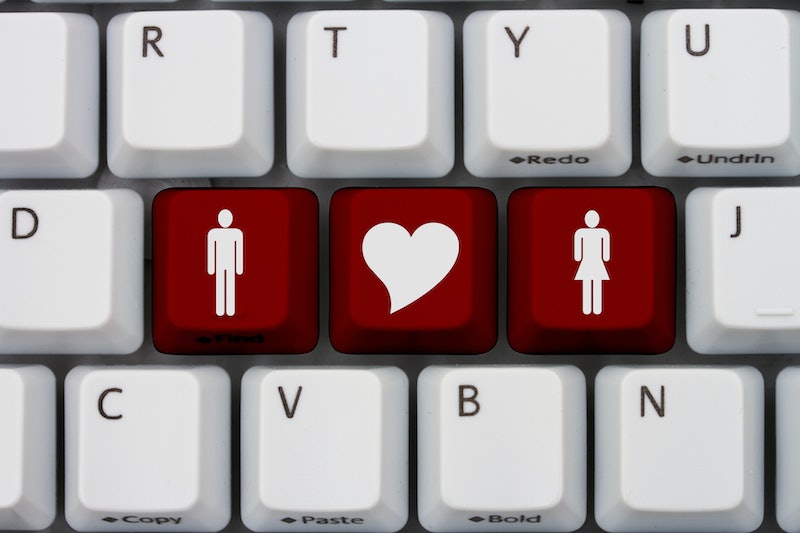 Pretty soon, Facebook will be able to tell you what you're about to eat for lunch but, until then, we'll have to settle for it predicting the course of our relationships. According to researchers, basic Facebook data can predict whether a couple is headed for a breakup. The tell-tale sign lies in the number and strength of mutual friend circles.

Using data from 1.3 million Facebook users, Cornell University's Jon Kleinberg and Facebook engineer Lars Backstrom were able to determine whether two users were dating by evaluating the strength and number of their online connections. They also found that those couples that had more mutual friends with strong ties were more likely to be headed for a breakup.

The new algorithm they developed to determine this uses a metric they're calling "dispersion." According to The Verge:

The algorithm ... looks at connections between people who have different sets of friends. Close friends are likely to share a lot of friends in common, which social scientists call "embeddedness." But people in romantic relationships tend to connect each other to different spheres: for example, a husband is likely to introduce his wife to his work friends, college buddies, and members of his kickball league, with whom she may not have any other connections in common.

When couples have many mutual friends who also share mutual friends, it's a bad sign, according to the data. Relationships in which both partners are connected to a lot of different, disparate groups of people on Facebook portend more success. As Fox News said on the subject, "Get your own damn lives and friends."

The researchers also looked at other metrics, such as how many times users viewed each other's profiles, attended the same events and exchanged private messages. None of these turned out be as big a predictor for determining romantic relationship status as dispersion data did.