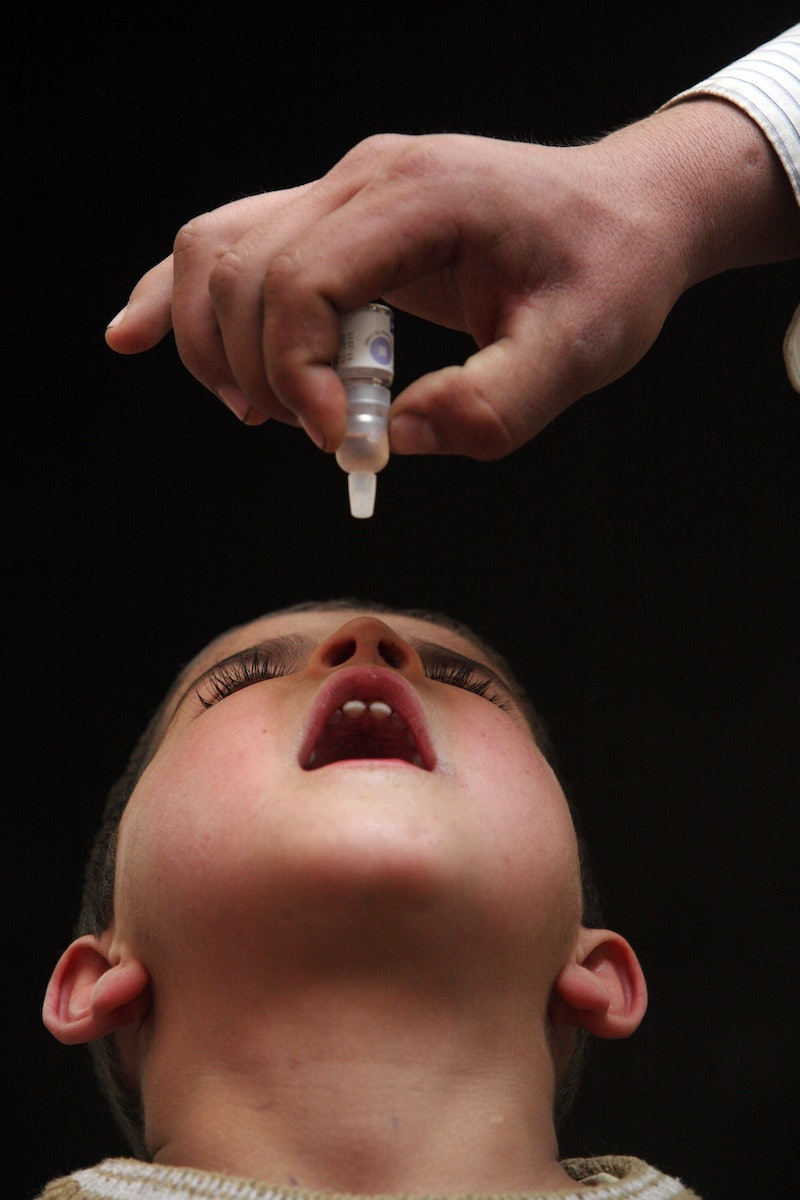 Syria's brand new, not-seen-for-more-than-a-decade polio outbreak might be holding back the complete global eradication of the disease, but it's also adding fuel to ceasefire negotiations. Syria's 12 confirmed cases are the country's first since 1999, and the vaccination rate of the population has dropped 23 percentage points since the civil war began in 2011.

Polio, a debilitating scourge that once withered the limbs of otherwise healthy children, has been almost completely eradicated from the world. In 2012, there were only 223 cases of the disease worldwide, and heath groups suggested that the disease might be completely wiped out by 2018. However, outbreaks in Somalia — which, like Syria, has heavy internal conflict — and Pakistan might make that goal less attainable. And now, there's Syria to add to that list.

The Syrian outbreak looks especially troubling in light of recent setbacks in peace efforts. It appears that the United Nations' Syria envoy, Lakhdar Brahimi, may have to postpone the so-called "Geneva II" conference — originally pegged for November — to January. "What history teaches us is that after a crisis like this there is no going back," he said ahead of his visit. "The real danger is a sort of 'Somalisation,' but even more deep and lasting than what we have seen in Somalia."

Now, international groups are asking both sides (all sides? It's still not quite clear how many different allegiances the opposition groups have) to put down their guns. "Polio doesn't respect conflict lines or borders so we need these ceasefires to reach all children with vaccines, no matter where they live," said Save the Children's Justin Forsyth. "If chemical weapons inspectors can be allowed access across Syria with notebooks, surely aid workers can be allowed in with vaccines."

There's nothing to argue with there. You'd think.