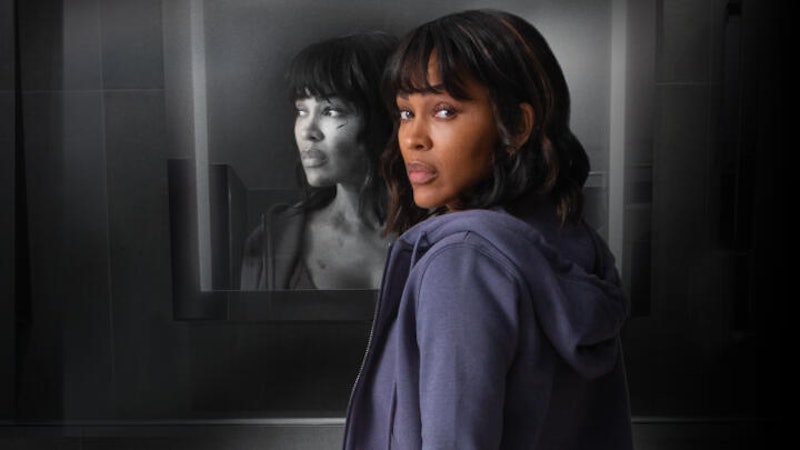 Lifetime Network's "Ripped From the Headlines” franchise dramatizes real life crimes, and their latest thriller is as wild as it gets. Based on a true story, Death Saved My Life stars The Intruder actor Meagan Good as Jade, a woman who literally fakes her own death to escape from her abusive husband.

According to Lifetime's official synopsis, Death Saved My Life is inspired by the story of "a woman who faked her death in order to trap her husband after he hires a hitman to kill her." Jade is a successful marketer, and her and her husband Ed (Chiké Okonkwo) are admired and respected in their community. But behind closed doors, Ed is controlling and abusive. When she attempts to leave, he warns her, “If I can’t have you, nobody will.” When she discovers he's hired a hitman to kill her, Jade realizes the only way to escape is to convince Ed that the hitman succeeded.

Lifetime hasn't confirmed which exact case Death Saved My Life is based on, but it's very likely inspired by that of Noela Rukundo, who faked her own death in 2015 after her "violent" husband Balenga Kalala attempted to have her killed.

Per BBC, Rukundo and Kalala were both living in Melbourne, Australia, when Rukundo had to travel to Bujumbura, Burundi, on Feb. 19, 2015 for her stepmother's funeral. Rukundo was dozing at her lodging in Bujumbura when Kalala suddenly called and encouraged her to go outside for "fresh air." When she took his advice, she was kidnapped by a gunman and taken away in a car. They called the man who paid to have her abducted, and Rukundo heard her husband's voice say, "Kill her."

Despite being given the order, the hitmen later refused to because "we don't kill women and children." They gave her 80 hours to leave the country, and even handed over the evidence to incriminate Kalala.

Rukundo was back in Melbourne on Feb. 22, and she waited for her own evening funeral to begin before she sprung out to surprise Kalala and a group of mourners.

"I was stood just looking at him. He was scared, he didn't believe it," Rukundo said. "He kept talking to himself and when he reached me, he touched me on the shoulder. He jumped. Then he said, 'Noela, is it you?'… Then he start screaming." Kalala was sentenced to nine years in prison.

It's a case almost too outlandish to be believed, but "pseudocide," aka faking one's own death, is not all that uncommon. In Beyond the Headlines: Faking Death (which will air after Death Saved My Life) writer Elizabeth Greenwood will discuss how and why pseudocide occurs. The Playing Dead author said in 2016 that death fraud is a "heavily male phenomenon," in which men are often looking for a way out of money trouble. But when a woman is involved, it's very often related to a violent partner.

A&E TV notes that today, completely falling off the grid like Jade attempts to do would be pretty difficult with the existence of facial recognition and cell phone tracking. But as with any Lifetime Original movie, exaggerating the details are all part of the fun.