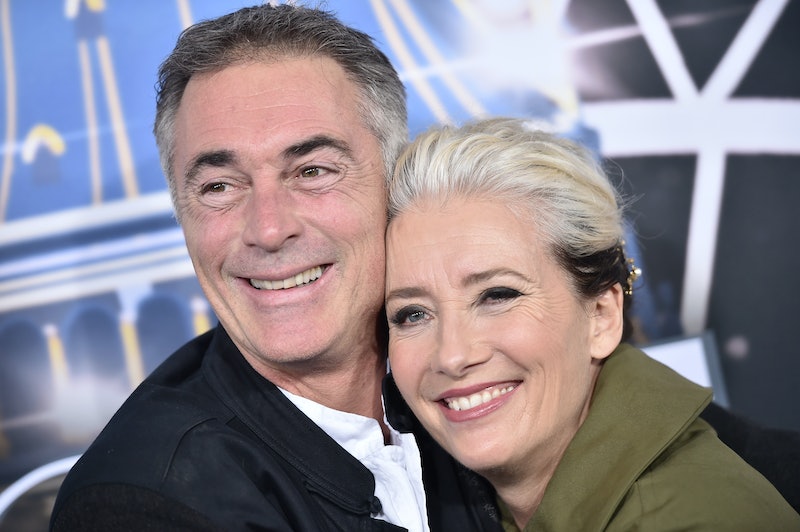 You may have spotted Hollywood star Emma Thompson in the audience of Strictly Come Dancing supporting her husband Greg Wise over the past few weeks. She even attended some of his practices with Karen Haur and tried her hand at his 007 Paso Doble routine. However, after he became the third celebrity to leave the competition, Wise revealed why you won’t be seeing Thompson on the Strictly ballroom floor any time soon.

The Samba to “Macarena” was Wise and Haur’s last dance. His wife and daughter had been seen in the audience in weeks past but Wise told the Radio Times that he’s likely to be the last member of his family to grace the Strictly dancefloor. Whenthe Radio Times asked him about Thompson’s interest in the competition he said, “No, she knows what it entails and I think that it’s enough that one of us has done it really. I don’t think you’d even get her in for the Christmas special.”

He reiterated that she’s “categorically” not interested in taking part but has really enjoyed watching him.

Wise first met Thompson on the set of the 1995 adaptation of Jane Austen’s Sense and Sensibility and they’ve been something of an acting power couple ever since. When it was announced that he’d be taking part in Strictly he revealed that she had a hand in giving him the push to do it. “I told my dear lady wife when they asked that I'd said no,” he explained, “and she said 'You're mad! You've got to do it.’”

Due to a busy filming schedule throughout 2021, Wise explained that autumn was supposed to be a time when he’d relax with his family and go on their first trip away together in seven years. However, Strictly threw that out of the window. “She's thrilled because she'll be able to relax and support me and watch every Saturday night, or as many Saturday nights as I survive,” he said.

And while the Strictly stage isn’t for Thompson, Wise explained that she wasn’t exempt from feeling his nerves on Saturday nights. “As I say to any of the chums who come along, it’s harder for them than it is for me because they have that anxiety. They have performance anxiety but there’s nothing they can do about it,” he said “It’s a really hard thing to do if your partner or child or parent or whoever is out there doing it, it’s terribly anxious-making.”