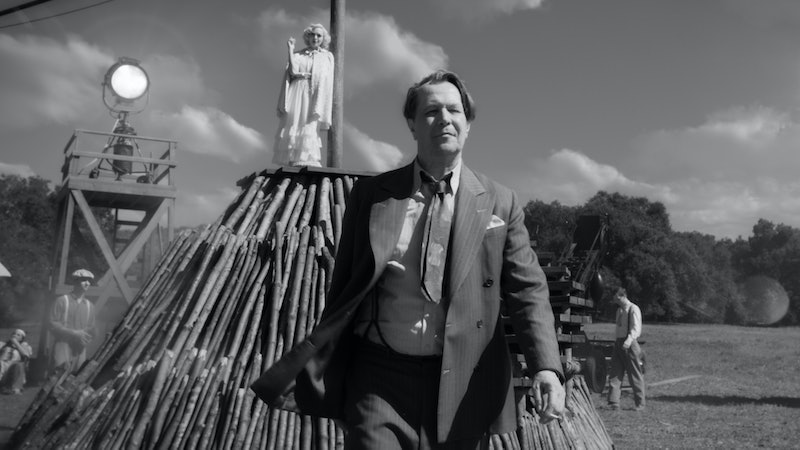 Picking up six nominations, including best original screenplay and best cinematography, at the 2021 BAFTA’s David Fincher nod to 1930s old Hollywood, Mank, has been a major success. It tells the story of Herman Mankiewicz (played by Gary Oldman) as he’s on the cusp of finishing the screenplay for Citizen Kane. The Guardian described it as a “heartfelt, extravagant movie about a reporter-turned-screenwriter who didn’t get his due until the very end and even then was overshadowed.” And here’s how to watch Mank in the UK. If you’re a lover of all things old Hollywood glamour then you’ll be whisked away by the costumes and music.

Oldman appears alongside Amanda Seyfried, Lily Collins, and Tom Pelphrey to give us a taste of Hollywood in its hay day. It’s one of the most-nominated movies at this years BAFTAs. If you want to see what all the fuss is about ahead of the winners being announced on April 11, you can watch Mank on Netflix in the UK.

Filmed entirely in black and white, it’s gained recognition for its nostalgic aesthetic. The Guardian went as far to say “it’s possible to go into a kind of trance at just how beautiful this film looks.” So, if you’re a lover of glamour, throwback style, and the ‘30s then Mank is the movie for you.

Screenrant outlines that while the characters in Mank were based on real people, the film reflects on their lives through the lens of today’s political and social issues. It reportedly took director David Fincher 30 years to make, after his late father Jack originally wrote the screenplay in the ‘80s.

Speaking about her role in the movie and being able to get lost in Hollywood glamour while shooting, Amanda Seyfried told Entertainment Weekly's Awardist podcast, “[It was] the idea of playing somebody who existed, having the responsibility of showing the world a new dimension [from] what they've seen before. I was fraught with insecurity because I just wanted to do her justice, I wanted to do it right. It was also just because I was working with David Fincher. [But] it's nice to have a little nerves. I don't know what artist doesn't at a certain point."

Mank was released on Netflix on Dec. 4 and is available to stream now.