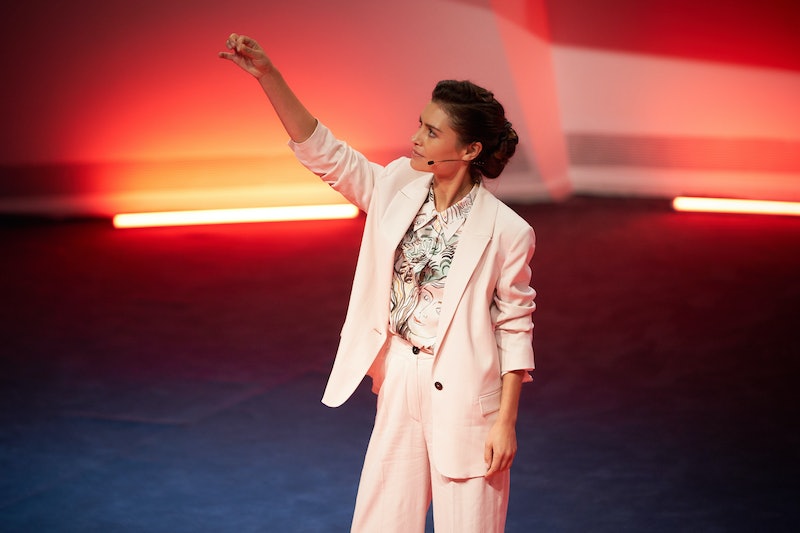 Netflix’s dystopian drama The One revolves around an exciting new technology that enables people to discover their optimal romantic partner through a DNA matchmaking service. Hannah Ware and Dimitri Leonidas lead the cast of the sci-fi thriller, appearing as the co-founders of the cutting-edge MatchDNA service which changes the face of online dating. But, is The One based on a real app?

As the BBC reports, Netflix’s The One is adapted from John Marrs' 2017 novel of the same name, which tells the fictional story of a scientific discovery that allows people to find their soulmate using DNA samples. If an app of this nature was in fact available, chances are, we would probably be aware of it by now. However, it could be safe to assume the show’s concept possibly arose from the expanding world of online dating, with apps such as Tinder, for example.

Per Deadline, Netflix’s eight-episode adaptation is penned by Misfits creator Howard Overman and explores the rise and fall of a new and ambitious DNA test matchmaking service. As mentioned, Hannah Ware leads the cast of the drama, appearing as Rebecca, the CEO of the MatchDNA tech company. As Radio Times reports, she stars opposite Riviera’s Dimitri Leonidas, who portrays company co-founder James, a former best-friend of Rebecca who mysteriously walks away from MatchDNA.

Per Stylist, filming of the series began in January 2019, taking place across the UK in locations such as Bristol, Cardiff, and Newport.

The One is available to stream on Netflix on Friday, March 12.