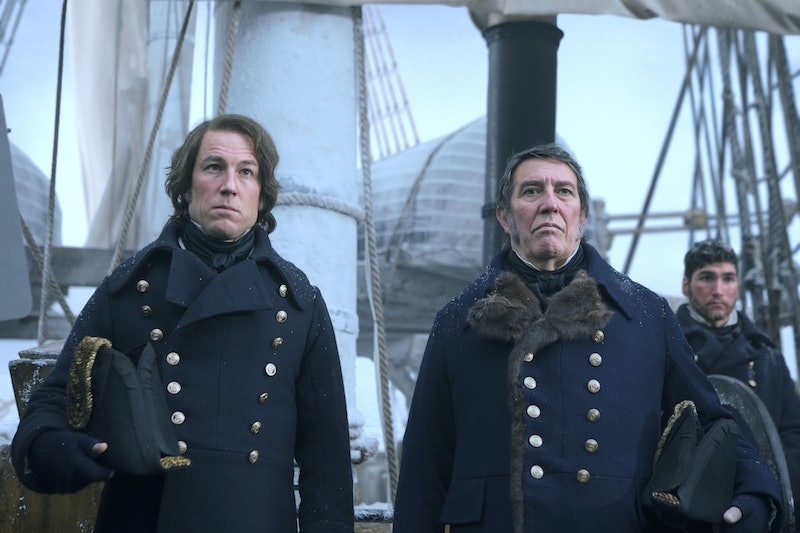 Based on Dan Simmons' best-selling novel of the same name, psychological thriller The Terror centres on a doomed Royal Navy expedition to the Arctic, which departed from England in 1845 and never returned. But, what is it that inspired the horror anthology – is The Terror based on a true story?

As mentioned, the series is based on the 2007 book The Terror by Dan Simmons — a novel which is inspired by the real story of Captain Sir John Franklin’s lost expedition to the Arctic. Per Radio Times, the Royal Navy voyage had set out to discover the Northwest Passage. However, in the face of treacherous conditions and limited resources, all 24 officers and 110 men on board eventually died after the ships were run aground in ice. The full history of what occurred during the expedition remains a mystery to this day. However, after discovering the remains of Sir John Franklin’s expedition in the 1980s, archaeologists found evidence of scurvy and cannibalism among the deceased crewmen.

The small-screen adaptation of this mysterious true story originally aired on AMC in the U.S. back in 2018, and it was recently acquired by the BBC for broadcast in the UK. The drama offers a reimagined account of Captain Sir John Franklin’s doomed Arctic expedition, in which the crewmen of HMS Erebus and HMS Terror are targeted by the mythical "Tuunbaq" monster after venturing into uncharted territory.

As mentioned, the U.S. thriller's first season was acquired by BBC Two and BBC iPlayer from AMC Studios International. Discussing the show's UK debut, the head of BBC programme acquisitions, Sue Deeks, teased that the series is now set to "thrill" viewers on this side of the pond.

"The Terror is an atmospheric, character-driven drama, full of menace and foreboding, which will thrill and chill BBC viewers all the way to its icy denouement," Deeks commented.

The Terror begins on Wednesday, March 3 at 9 p.m. on BBC Two.