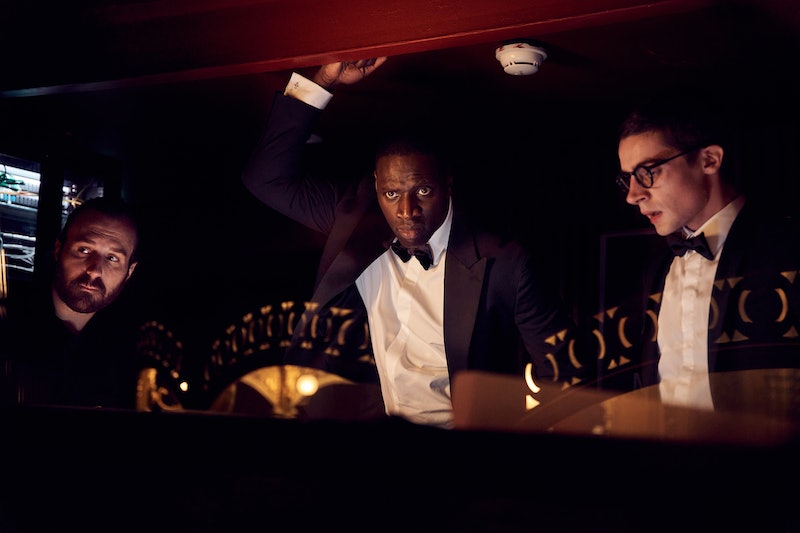 Assane Diop is always one step ahead, and so, apparently, is Netflix. The streaming service renewed its popular French thriller series Lupin for Part 3 in May, before the show’s second installment even premiered. After a French journalist found a website with a URL under Assane’s name, Omar Sy — who plays the character — confirmed the news on Twitter. “We can’t hide anything from you,” he tweeted.

As Lupin co-creator George Kay explained on the June 4 episode of The Hollywood Reporter’s TV’s Top 5 podcast, Lupin Part 3 will follow a new storyline separate from the first two installments. They’ll use Part 2 to wrap up “the avenging of Babakar’s death and the revenge mission against Pellegrini,” as well as the queen’s necklace heist. “Part 3 will be a new adventure entirely with a new emotional goal and similar amount of adventures and self-contained stories to kind of get us across that arc,” Kay said. “So, yeah, similar, but moving on from the kind of central arc of 1 and 2.”

Kay added that he plans to reuse the “total war chest” of Maurice Leblanc’s stories about Arsène Lupin for Part 3. “I’m just looking at a story for Part 3 that reuses a book we’ve already seen used once, but from a different angle with a different detail,” Kay said.

Here’s everything else we know about Lupin Part 3 so far.

The Lupin Part 3 Plot And Cast

Sy will, of course, be back to reprise his role as Assane. He’ll likely be joined by Etan Simon, who plays his son Raoul, and Ludivine Sagnier as his ex-wife Claire. Since Kay noted that Part 3 will move away from Assane’s revenge mission against the Pellegrini family to focus on new adventures, there could be several new cast members that Netflix has yet to announce. For now, the Lupin Part 2 cast also includes Hervé Pierre (Hubert Pellegrini), Clotilde Hesme (Juliette Pellegrini), Nicole Garcia (Anne Pellegrini), Fargass Assandé (Babakar), Antoine Gouy (Benjamin Ferel), Shirine Boutella (Sofia Belkacem), and Soufiane Guerrab (Youssef Guedira).

Though Netflix has yet to release a full Lupin Part 3 trailer, the streamer dropped an official teaser at its Tudum global fan event on Sept. 24. “Now in hiding, Assane must learn to live far from his wife and son,” the Part 3 synopsis reads. “With the suffering they endure because of him, Assane can’t stand it any longer and decides to return to Paris to make them a crazy proposal: leave France and start a new life elsewhere. But the ghosts of the past are never far away, and an unexpected return will turn his plans upside down.”

In the sneak peek, Sy’s Assane, aka “France’s most famous thief,” explains that he avenged his father to protect his family. “I wanted to stay in the dark, but had to come back into the light,” he says, before adding, “Now watch me disappear.”

As news reports and “Wanted” signs appear in various clips as he evades capture, Assane adds, “If I have to disappear, why not go out in style?”

The first two installments of Lupin premiered about five months apart, but given that Kay noted Part 3 will be separate from Parts 1 and 2, there’s no guarantee that Netflix will follow the same release schedule. If they do, Lupin Part 3 could hit Netflix as early as this November. It really depends how far into production they are.

This article was originally published on June 11, 2021