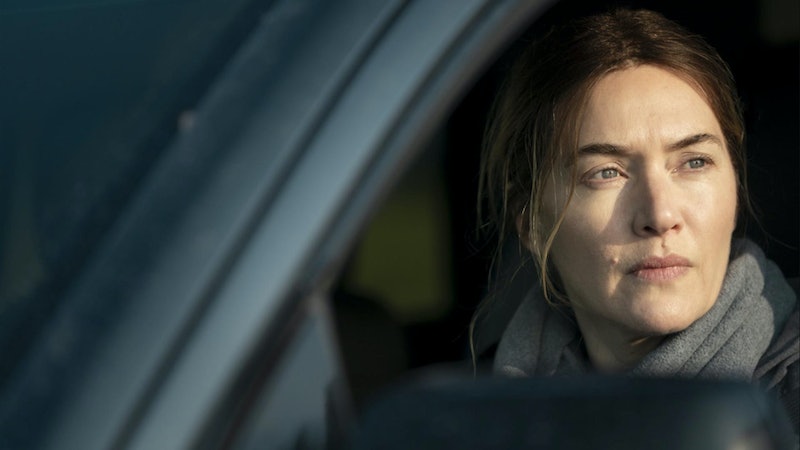 Starring Academy Award-winner Kate Winslet, Sky's hotly anticipated new drama Mare of Easttown centres on a small-town detective in the midst of a personal crisis. Sky unveiled a second trailer to the seven-part series on April 1, offering another taste of what viewers can expect. If you're hoping to delve into this brand new detective drama, here's what we know about Mare of Easttown, including its release date.

What Is The Plot Of Mare Of Easttown?

The new series revolves around small-town Pennsylvania detective Mare Sheehan (portrayed by Kate Winslet), whose personal life begins to fall apart as she investigates a local murder. An official Sky synopsis describes the forthcoming drama as "an exploration into the dark side of a close community and an authentic examination of how family and past tragedies can define our present."

Who Is In the Cast For Mare Of Easttown?

When & Where Will Mare of Easttown Air?

Although the second trailer has now arrived, there's still a short while before the forthcoming drama makes its UK debut, as Mare of Easttown will begin airing weekly from Monday, April 19 on Sky Atlantic (Sky channel 108) and NOW TV. You may want to mark your calendars now.

This article was originally published on Feb. 18, 2021