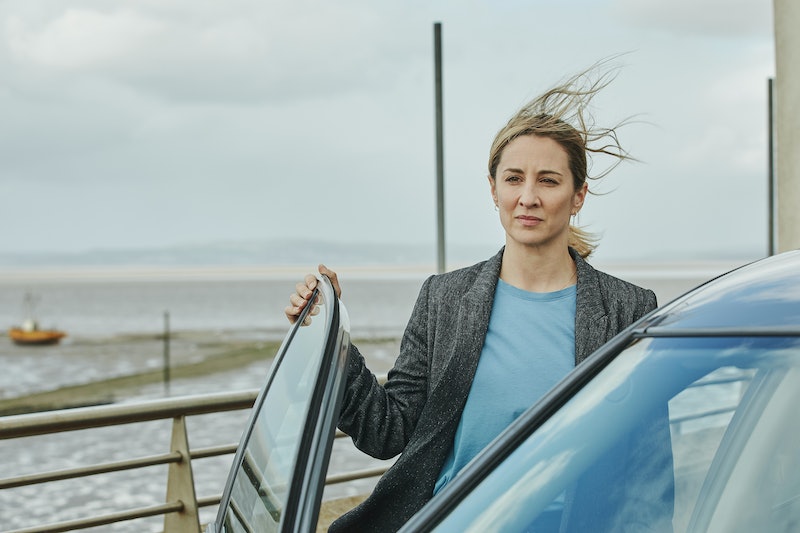 Crime drama enthusiasts, assemble. If thrillers like The Bodyguard and Line Of Duty left you white-knuckled and gripping the edge of your sofa, you’re in luck. Deception-filled new crime drama Payback is being produced by Jed Murcurio’s very own HTM Television, and promises plenty of shadowy suspense. Centring around an unassuming family who appear to live an idyllic life in the Edinburgh suburbs, Payback sees Lexie Noble – played by The A Word’s Morven Christie – becoming entangled in a dark web of lies after she uncovers her husband’s hidden criminal exploits. The tense story is the creation of writer Debbie O’Malley, who is best known for her involvement in Call The Midlife, Humans, and Holby City. Here’s everything we know so far about Payback.

"Payback is a brilliant thriller which questions how well you know your partner and as the secrets come out, asks who you can trust,” is how ITV’s head of drama Polly Hill puts it. The tale of a seemingly normal family concealing a whole host of secrets, the six-parter follows Lexie as she gets dragged into her husband’s criminal activities, and ends up working for his boss Cal herself. “Soon Lexie finds herself walking a treacherous tightrope between Cal and the police in which her safety, and even her life, are in grave danger,” reads an ITV synopsis.

O’Malley adds: “Following our ordinary wife and mother through the loopholes and increasingly grey areas of fiscal malpractice, into the murky world of organised crime, Payback poses the disconcerting question: just how far might any of us go, if we thought we could get away with it?”

As previously mentioned, Morven Christie will head up the cast, playing Lexie Noble. “I fell in love with Lexie from the first page,” she said in a statement, “and I’m absolutely delighted to be working with Peter and this wonderful team in my hometown.” She’s referring to her co-star Peter Mullan, a familiar face from Lord Of The Rings, Ozark, and The Underground Railroad. Here, Mullan plays Cal Morris, the notorious criminal ringleader who has been laundering vast sums of money with the help of Lexie’s husband Jared. As suspicions are raised, financial investigators DC Jibran Khan (Ten Percent’s Prasanna Puwanarajah) and DCI Adam Guthrie (No Angels’ Derek Riddell) soon turn up in town to try and track down the culprits.

There’s no concrete release date for Payback just yet, but we do know it’s set to begin shooting in Edinburgh, Glasgow, and surrounding areas very soon. Watch this space.