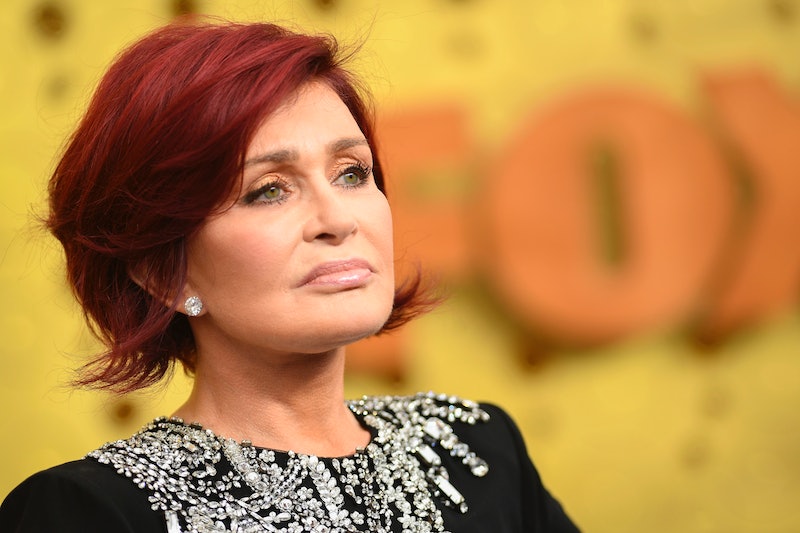 After what began as a heated defense of her friend Piers Morgan turned into a full-blown racism controversy, longtime co-host Sharon Osbourne “decided to leave The Talk,” CBS confirmed in a Friday, March 26 statement. The news comes more than two weeks after Osbourne sparred with co-host Sheryl Underwood during the daytime talk show’s March 10 episode, demanding that her Black colleague educate her on racism. Days later, CBS announced an internal review of the heated on-air exchange.

“The events of the March 10 broadcast were upsetting to everyone involved, including the audience watching at home,” the CBS statement read in part, per The Hollywood Reporter. “As part of our review, we concluded that Sharon’s behavior toward her co-hosts during the March 10 episode did not align with our values for a respectful workplace.”

Osbourne first addressed the incident in a March 11 statement, explaining she has “deep respect and love for the Black community,” apologizing to “anyone of color that I offended and/or to anyone that feels confused or let down by what I said.” After CBS announced its investigation the next day, however, Osbourne (who’s co-hosted the show since its 2010 premiere), fired back that she’d been “blindsided” by network executives and producers when Underwood questioned her controversial tweet defending Morgan’s attacks on Meghan Markle.

“I blame the network for it,” Osbourne told Variety of the fallout, alleging producers had admitted to her that network executives orchestrated the episode’s events. “I was just so hurt, caught off guard and stunned by what I was being asked and not prepared. I was honestly in shock. I felt like I was in front of a firing squad. I felt like a lamb held out for slaughter.”

The network, for its part, noted in its March 26 statement that their internal review did “not find any evidence that CBS executives orchestrated the discussion or blindsided any of the hosts.” It did, however, acknowledge that the network, studio teams, and showrunners “are accountable for what happened during that broadcast as it was clear the co-hosts were not properly prepared by the staff for a complex and sensitive discussion involving race.” As The Talk remains on hiatus, CBS said it’s coordinating workshops, listening sessions, and training about equity, inclusion, and cultural awareness for the hosts, producers, and crew.

Following the controversial TV exchange, the situation went from bad to worse when former Talk co-host Holly Robinson Peete accused Osbourne of racism on social media. “I’m old enough to remember when Sharon complained that I was too ‘ghetto’ for #theTalk...then I was gone,” she tweeted on March 12. “I bring this up now bc I was mortified watching the disrespectful condescending tone she took w/her co host who remained calm & respectful because...she HAD to.” (Osbourne responded to Peete’s accusations to Variety, saying, “It’s an absolute lie—a 110 percent lie,” and claiming the word “ghetto” is not in her vocabulary.)

Then, Talk alum Leah Remini went on the record with journalist Yashar Ali, further claiming that Osbourne had made racist comments about former colleague Julie Chen, who is Chinese American; homophobic remarks about The Talk creator and then-moderator Sara Gilbert; and anti-Italian slurs toward Remini herself. “Sharon was not pushed out because she defended Piers Morgan,” Ali tweeted on March 26. “It was her history of racist remarks that made her position untenable.” (Osbourne’s rep Howard Bragman issued a statement to Ali, writing in part, “Sharon is disappointed but unfazed and hardly surprised by the lies, the recasting of history and the bitterness coming out at this moment.”)

Now that The Talk’s future has been decided (for now, at least), hopefully everyone can continue to educate themselves and move forward.