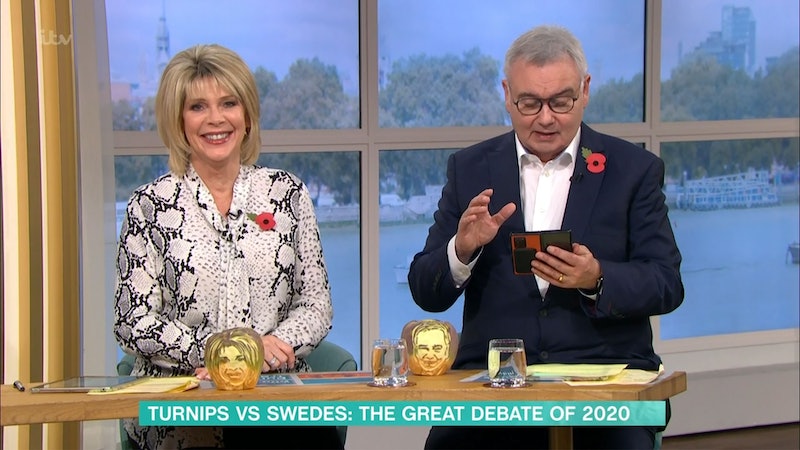 After months of speculation, ITV has confirmed that Eamonn Holmes and Ruth Langsford will no longer be presenting This Morning on Fridays. Their slot will be taken over by Alison Hammond and Dermot O’Leary who’ve already worked together on the breakfast show a few times this year.

The change over it set to take place in the new year. January 8 will be the first Friday with the new presenters on the sofa.

However, while they won’t be on your screens during the week anymore, Holmes and Langsford will continue their presenting duties during key holidays.

Speaking about her new role, Hammond said, “I never dreamt that when I first joined This Morning – initially for a few months – that I would still be there 19 years later. I genuinely care about the show and the viewers who watch, so it’s a huge privilege and honour to be hosting a show I adore so much.”

After confirming the two new presenters, Managing Director of ITV Daytime, Emma Gormley said, “We think they are a great pairing in addition to our fabulous presenting line up of Holly and Phil and Eamonn and Ruth.”

Holmes and Langsford have been a firm fixture on the Friday This Morning sofa for 14 years but rumours of their departure started earlier in 2020.

It was the Mirror that first reported that the couple were in danger of being let go. In September 2020, the publication alleged that two names put forward for their replacement were Ore Oduba and Rochelle Humes. From there, The Sun picked up on the story with a source accurately predicting that Holmes and Langsford would stay on as "regular holiday cover" but lose their Friday slot.

The speculation continued throughout the next few months and, on November 14, The Mirror pointed to Hammond and O’Leary to take over the presenting roles as a source said "bosses [were] hugely impressed by their chemistry." The news was confirmed a few weeks later.

This article was originally published on November 16, 2020