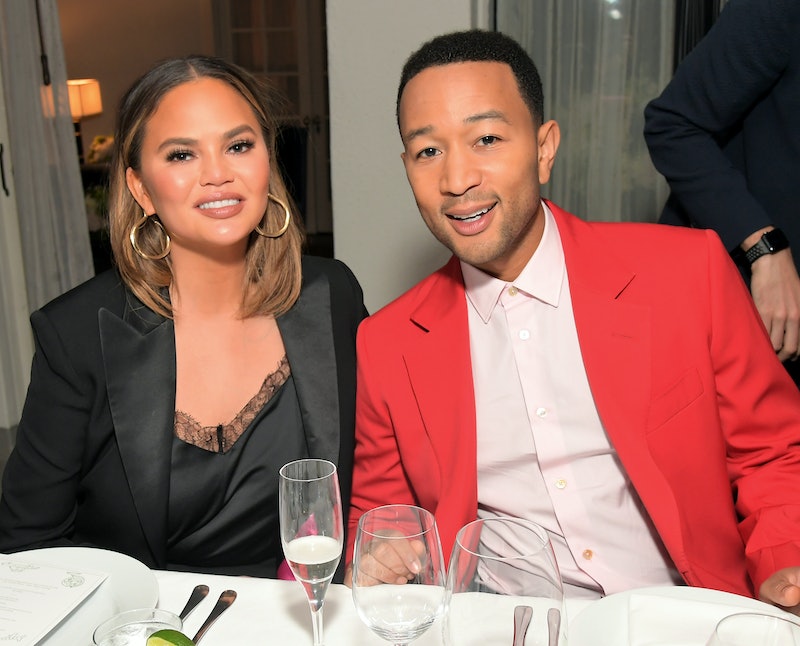 These two have some truly hilarious disagreements. For those unaware, Chrissy Teigen has a bedtime sandwich routine. That's right, she likes to eat a sandwich before she goes to sleep. That's just so Chrissy Teigen, isn't it? Actually, she's trying to put a stop to her "bedtime sandwich" routine and even asked John Legend for his assistance, but he apparently isn't helping his wife or the situation. So much so, the Cravings: Hungry For More author is bringing up her dispute with The Voice coach on Twitter. Teigen voiced uncertainty about whether or not she should be mad at her husband for not listening to how she wanted her pre-bed sandwich ritual to be handled on Wednesday night.

In the early hours of Thursday, Teigen explained on Twitter the current situation in her household. She even asked fellow Twitter users to weigh in on the matter. She posted,

"This morning I told john do not, under any circumstance, make me a bedtime sandwich, no matter how hard I ask. I asked him for one tonight and he made it. While it WAS delicious, should I be mad??"

Of course, she's not truly furious with him, but is just being her funny self and engaging with her followers. That said, it does seem like she was serious when she told Legend to please not make her a sandwich before bed.

As you can see below, one Twitter user named Daryl Motte replied to the cookbook author, "200% yes... he had ONE job!" She answered Motte,

For whatever reason, Legend didn't listen, but it's probably safe to say he was just trying to please Teigen and give what both her heart and stomach desired in that exact moment. Like Legend told Health magazine in December 2018, he usually just does whatever Teigen says when it comes to cooking or food. He admitted, "I'm like the sous-chef — I chop, I do whatever Chrissy asks me to do, but she's in charge."

At this time, Legend has not weighed in on whether or not Teigen should be mad at him. But, he might be too late, because she seems to have already made up her mind.

Before Teigen even tweeted about Legend making her a bedtime sandwich when she clearly asked him not to, the Lip Sync Battle star revealed on Twitter how much she enjoys munching on a sandwich before getting her beauty sleep. She tweeted on May 15, "I got a mean sandwich addiction lately," before confessing, "I can be totally full but can't sleep without my pre bed sandwich."

Who knew a "pre-bed sandwich" is what Teigen needs to have a fulfilling night's of sleep?

This isn't the first time Teigen has discussed how she sometimes like to eat late at night and might even get up in the middle of night to snack. Before anyone starts criticizing or educating Teigen on her eating habits, she can eat what she wants and when she wants. Also, Teigen previously said she needs to find a better balance. She told Delish in May 2017, "If I have a salad or something lighter for dinner, I wake up around 2 a.m. and go candy crazy. So I need to find that balance — still working on it!"

Finding a balance when it comes to anything in life can be difficult. And, hey, sometimes you just need a delicious sandwich right before you settle into bed for the night. Also, for those wondering what kind of sandwich Legend made, well, that detail remains unclear at this point in time. It clearly was a good one or Teigen wouldn't have eaten it, nor would she be sharing the story with her followers. If anything, Teigen should share a list of the best bedtime sandwiches for those who want to partake in her evening routine.