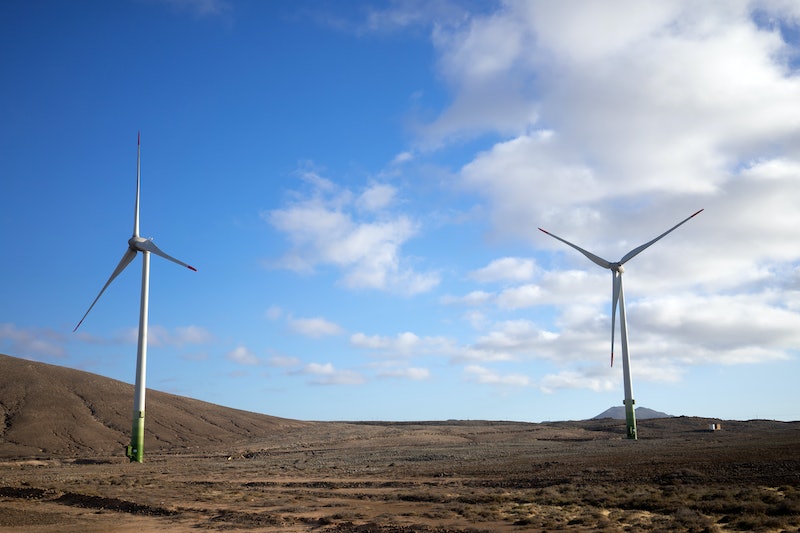 TV can have a massive effect on viewers' attitudes to real life topics. While it is often just entertainment, it's a good way to explore and understand the world around us. Now, the British Academy of Film and Television Arts (BAFTA) have said they think climate change plots on TV could help bring much needed attention to one of the world's most important topics.

How on earth is some fictional show really going to have an affect on climate change, you ask? Well TV already, and perhaps indirectly, teaches the nation so much about society. Most people haven't actually seen the inside of a courtroom, or really heard IRL the Rights To Silence speech police say when someone's arrested, yet most folks have some idea of what that sounds like and what a courtroom looks like because of film and TV. So in theory, the more climate change is illustrated on TV, then perhaps the more everyone will talk about it and potentially take action.

As the BBC reports, soaps like Eastenders, which has millions of viewers, ends up boosting interest in serious topics they have covered like assault, kidney failure, and depression — usually ending the episode with contacts for reliable helplines. There's no doubt that TV gets people to have those real and necessary conversions on issues they might not have previously been aware of.

This came after the Academy analysed words used on over 40 channels over the last year, and the results were both sad and hilarious. Obviously, "Brexit" was mentioned 86,816 times, illustrating its urgency as a topic affecting the nation right now. Yet climate change wasn't given the same amount of attention on TV, even though there could genuinely be more plastic in the ocean than fish by 2050, as the Guardian reports. "Climate change" had 3,125 mentions compared to "sex" which had 56,307 mentions, and "beer" which had 21,648 mentions. In fact, the word "rhubarb" was mentioned more times than climate change on TV.

Already, there are some wonderful films and TV focusing on climate change. The Boy Who Harnessed The Wind on Netflix is about a young boy who saves his village in Malawi (which is already suffering from deforestation) through the use of wind-generated energy. Non-fiction TV is already killing the climate change game. No longer can you get lost in a cutesy wildlife documentary, without the real life consequences of climate change on animals being shown, like in Our Plant, narrated by David Attenborough. And, according to the Guardian, documentaries like What The Health and Cowspiracy have helped raised popularise vegan lifestyles.

Whilst there's an abundance of real life shows on climate change, it's clear fictional TV still has a long way to go. And while sorting your recycling doesn't sound like the next inspired plot for a BBC drama, it's time for the TV industry to get creative and bring these much-needed stories to our screens. Topics mentioned on TV definitely have a trickle down effect into our lives. Real life and fiction inform each other, so BAFTA might be onto something here.

More like this
Olivia Wilde Addresses *Those* Florence Pugh & Shia LaBeouf Rumours
By El Hunt and Sam Ramsden
Morfydd Clark’s Party Trick Is Only Impressive To “People Outside Of Wales”
By L'Oréal Blackett and Maxine Harrison
'Peaky Blinders' Creator Shares Exciting Update On The Upcoming Film
By Sam Ramsden
What Exactly Is The Bish & Chips Show?
By Frances Stewart
Get The Very Best Of Bustle/UK