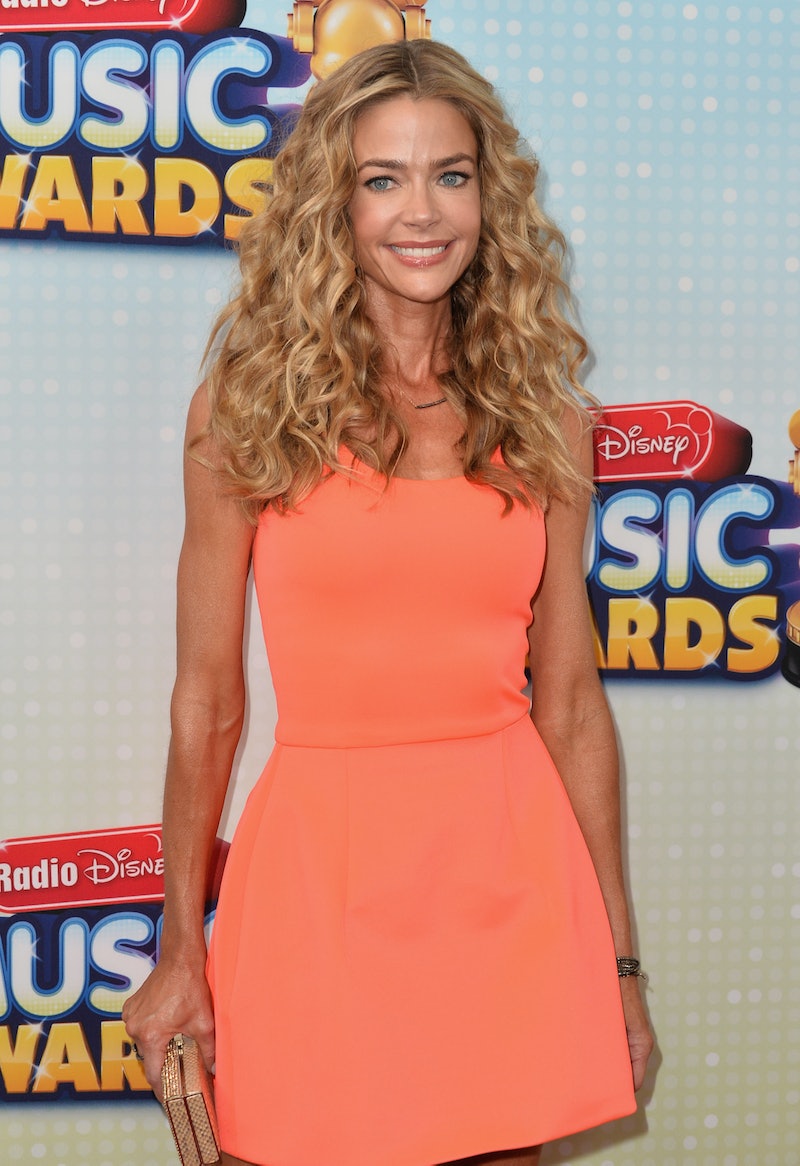 Real Housewives of Beverly Hills viewers (and everyone else on the planet) are well-aware that Denise Richards was married to Charlie Sheen. However, there's another famous ex that she's mentioned on the show: Patrick Muldoon. He's even appeared on two RHOBH episodes. The Denise Richards and Patrick Muldoon dating timeline is a little bit unclear. But one thing is very obvious: Denise and Patrick might be the friendliest exes of all time.

Even so, that's not exactly surprising since Denise has a solid relationship with her ex-husband. Not only that, but Patrick also dated Beverly Hills Housewife Lisa Rinna....at the same time he was with Denise. Yet, they're all on great terms, as fans saw during Denise and Aaron Phypers' wedding.

During that episode, Dorit Kemsley greeted Patrick with, "I met Denise with Lisa Rinna and the first story I heard was that the two of them were shagging you at the same time." Most people just say "hi," when they meet someone, but Dorit cut right to the chase.

On the first episode of the season, Lisa revealed that she "had a fling with him" when he played her brother on the soap opera Days of Our Lives. Both Lisa and Patrick started out on Days of Our Lives in 1992. A few years later, Denise and Patrick acted in the movie Starship Troopers, which came out in 1997.

However, filming that movie is not actually how they met. In a 2014 tweet, Patrick said that he and Denise "met in acting class a while back."

It's not super clear how long they were actually together, but a 2012 Daily Mail article reported that Denise and Patrick dated back in 1998. That same article speculated about whether or not Denise and Patrick were "back together." This is because they were spotted walking "arm in arm" when they went out to dinner in Beverly Hills. However, it just seems like they're very affectionate friends. Or at least they are at this point, During the May 21 Real Housewives of Beverly Hills episode, Denise and Patrick referred to each other by the pet name "schweet babe." Yes, that's actually how they pronounced it the term of endearment.

In one of her on-camera interviews during the episode, Denise explained, "I've known Patrick Muldoon since I was nineteen years old. We call each other schweet babe because we had nicknames on Starship Troopers for everyone.

And, thankfully, her husband totally gets it. Denise revealed, "Aaron really respects my relationship with Patrick. Charlie did not. So, while we were married, I wasn't really 'allowed' to talk to Patrick." For the record, Us Weekly confirmed that Denise and Charlie got married in 2002 and split up in 2005.

Even though Denise and Patrick were not hanging out during that time period, they more than made up for lost time. In 2011, Patrick attended the baby shower for Denise's daughter Eloise.And, yes, Lisa Rinna was there too along with her husband Harry Hamlin. In 2015, they both stared in the movie A Christmas Reunion. And in 2019, Patrick is almost a regular on Real Housewives of Beverly Hills.

Even though the timeline of Denise and Patrick's romance is vague, the their friendship has remained solid throughout the years, minus the Charlie era.