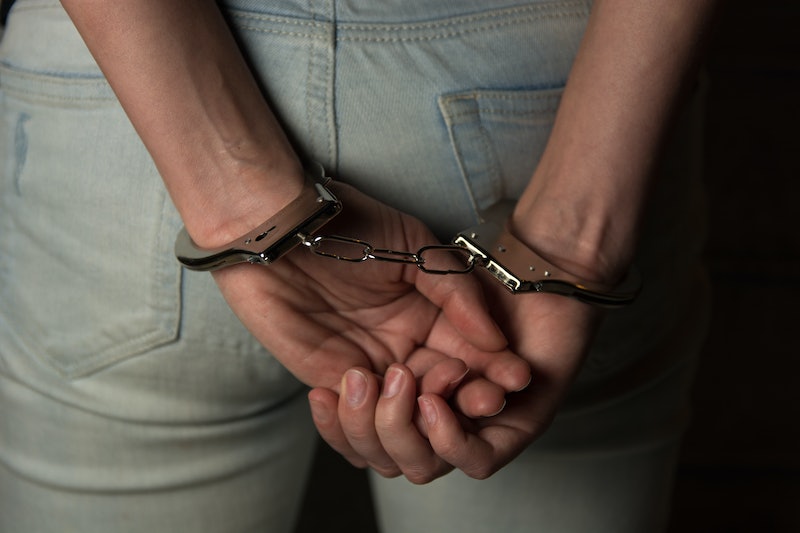 After continuous work from campaigners and a review into the treatment of detainees on April. 24, the government announced that it will provide free sanitary products to those who have a period so to make sure that they are “treated with dignity,” gov.uk states. The change means officers will have to ask detainees at the earliest opportunity whether they will need sanitary products.

The government announced that, as well as providing free sanitary products to those who need them, all detainees will also be able to speak in private to a custody officer of the same sex about their health, welfare, and hygiene needs. Trans detainees will be able to choose to speak to a member of staff of either sex — whichever they are most comfortable with, Reuters reports.

It seems simple, but providing sanitary products to those who need them is hugely important. Being held in custody is distressing enough without having to free bleed against your will.

In a statement, the Minister for Policing Nick Hurd said: “I have been clear that everyone who enters custody should be treated with dignity and have their personal needs met.”

The Independent reported that, in 2018, the Independent Custody Visiting Association (ICVA) conducted an inspection into how people in police custody were being treated. The watchdog wrote to the then Home Secretary Amber Rudd to tell her they found “shocking conditions,” including people being left to "bleed out" in cells "having been denied proper menstrual care or products."

The ICVA spoke of one prisoner in particular who had been stripped, put in a "paper dress" and left in a cell. According to the Independent, the ICVA wrote: “Her underwear had been removed although she had her period ... A visitor asked that she be given underwear in order that she could have some sanitary protection. This was refused.”

“These changes ensure that the needs of female detainees are addressed, that detainees have basic privacy to use a toilet and access to menstrual products and that dignity is promoted within the police custody environment,” the chief of the ICVA, Kate Kempen, said in a statement on April 24.

The move to protect the dignity of detainees who require sanitary products while in custody has also been widely supported in the upper ranks of the police force. Assistant Chief Constable Nev Kemp, who is the national police chiefs council lead on custody, said, “We welcome this change because we are a service that has some of the very highest standards of care and transparency when it comes to how we treat those in our custody and these changes only help ensure consistency across Forces in England, Wales and Northern Ireland.”

Having access to sanitary products is crucial for your well-being and should be seen as a basic right, not a luxury. The change in policy comes at a time when there is a massive push from activists and campaigners to eradicate the stigma and silence surrounding menstruation and end period poverty all together. This is hopefully one step in the right direction to achieving this.