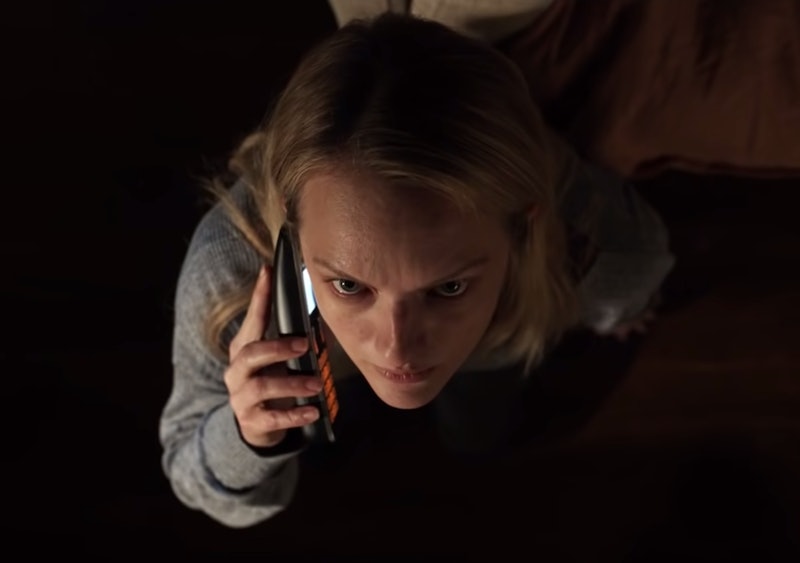 Universal's original The Invisible Man, released in 1933, feels, at times, a bit more like a comedy than a traditional horror film. Not so with the newest remake of the film, which premieres in theaters Feb. 28. This time around, the scares and the creepiness abound, and if early reviews are to be believed, they are the best part of this new, improved, and above all else, scary remake of The Invisible Man.

The original film, which was based on H.G. Wells' science fiction novel, focused primarily on the invisible man himself, Griffin, and the events that led to him becoming invisible. This retelling, however, changes the story to focus instead on his ex, Cecelia (Elisabeth Moss), who left Griffin (Oliver Jackson-Cohen) because he was extremely abusive. Before long, Cecelia learns that Griffin has apparently died, but begins to doubt that news, as she finds she's literally haunted by what she believes to be an invisible Griffin. The film follows her struggles trying to explain her situation to her friends and family, and what happens when she runs into difficulties doing so.

In a chat with the Los Angeles Times, director Leigh Whannell (Saw, Insidious: Chapter 3) explained his thinking behind the perspective change, saying, "I think it’s really obvious that the way to make the Invisible Man scary is to not focus the film on him. Once you put the monster in the spotlight, you demystify it. Not showing something is always the scariest thing." He also touched on his decision to make the fear in the film more relatable, saying, "I saw an opportunity to reframe it in a way that could be scary. We didn’t want to rely on the histrionics of horror, we wanted it to be real. The scarier monster is the one you can imagine in your own life. It’s not a fanged beast, it’s the guy next door."

Many of the film's early reviews highlight that The Invisible Man is a timely retelling for the #MeToo era. Speaking with Empire, Moss explained, "You literally have a man who is invisible, you can’t see him, she’s saying he’s there, that he’s attacking her, abusing her, manipulating her, and everyone around her is saying, ‘Relax. It’s fine.’ And she keeps saying, ‘No, he is – he’s alive, he’s doing this,’ and no-one believes her. The analogy is incredibly clear."

The Invisible Man is a thoroughly modern story, one that is frightening in its depiction of how hard it is for a woman to be believed.

More like this
These 25 International Horror Movies On Netflix Prove Fear Is A Universal Language
By Bustle Editors
9 Movies & TV Shows That Prove Stanley Tucci Elevates Everything He’s In
By Jake Viswanath and Radhika Menon
Everything You Need To Know About The 'Knives Out' Sequel
By Bustle Editors
At 14, Jurnee Smollett Was Taking Meetings With Missy Elliot & Lauryn Hill
By Chloe Foussianes
Get Even More From Bustle — Sign Up For The Newsletter