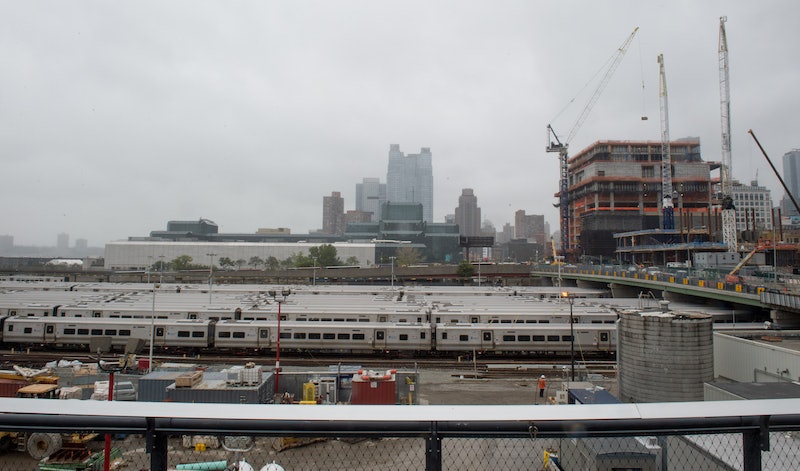 During the Wednesday morning rush hour in Brooklyn, New York, an LIRR train derailed near the Atlantic Ave / Barclays Center stop. Approximately 20 people have been reported injured. Almost all of those who were injured did not suffer major injuries, according to the New York Daily News, aside from one broken leg.

Update: At least 100 people are reported injured, according to the newspaper. The NTSB has been dispatched to the scene.

Victims of the derailment are being evacuated, the paper reports. There are no immediate reports of any serious injuries.

It is not immediately clear what caused the LIRR train to derail. The derailment took place on track six, according to NBC.

Gov. Andrew Cuomo said in a statement: "The train came to a sudden stop ... People were standing, they were getting ready to get off the train, and they weren't prepared for the sudden stop. The question is, why didn't the train operator stop before the bumping block."

Local station News 12 reports that the train stopped short as it was advancing into the terminal and then derailed.

The MTA told newspaper AM New York that it was looking into the incident, and presumably will be investigating what caused the derailment.