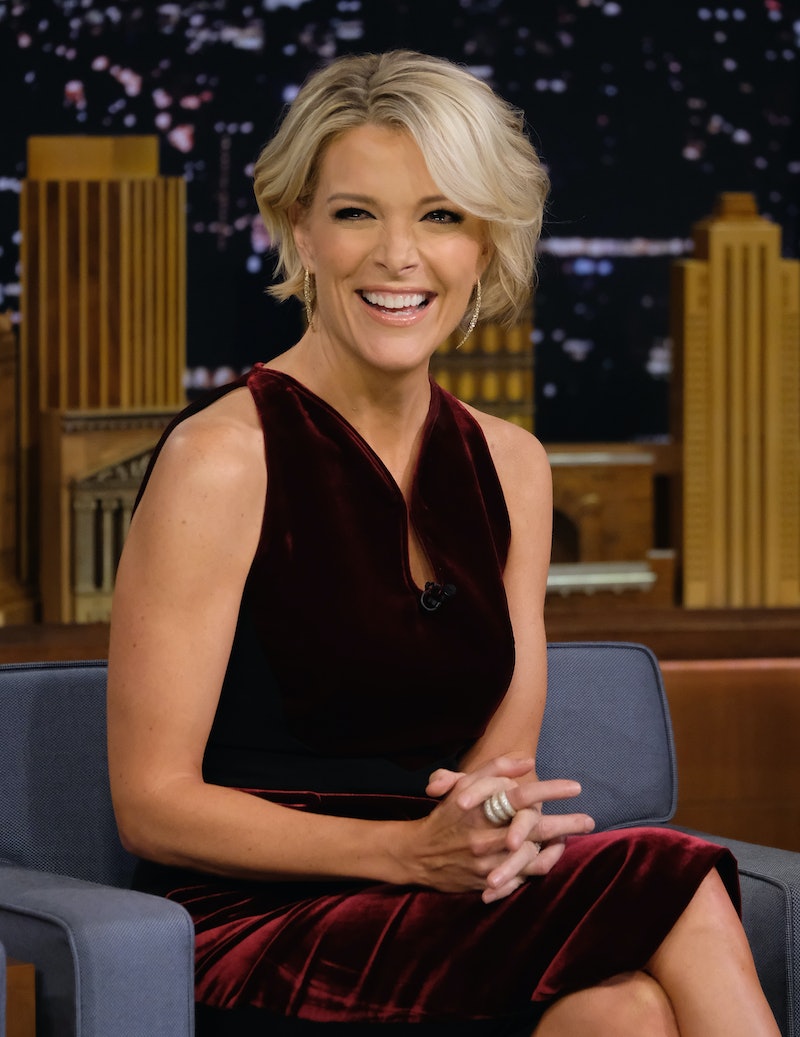 Hours after news broke that Megyn Kelly would be leaving Fox News for NBC, the cable news network said that the last episode of The Kelly File would be Friday, Jan. 6. Rupert Murdoch released a statement on Kelly's departure: “We thank Megyn Kelly for her 12 years of contributions to FOX News. We hope she enjoys tremendous success in her career and wish her and her family all the best.”

Kelly's contract with Fox News was not set to expire until this summer. She had been employed with the Murdoch-owned cable news network for 12 years, and she began hosting The Kelly File in 2013. "Over a dozen years ago I started at Fox News in a job that would change my life. Now, I have decided to end my time at FNC, incredibly enriched for the experiences I've had," Kelly wrote in a Facebook post. "I remain deeply grateful to Fox News, to Rupert, Lachlan and James Murdoch, and especially to all of the FNC viewers, who have taught me so much about what really matters."

According to a New York Times report, 21st Century Fox, the parent company of Fox News, offered Kelly more than $20 million a year to continue with the network. The report also noted that "Rival networks seeking to hire Ms. Kelly away, including NBC News, had made it clear that they could not match that money from Fox." However, part of Kelly's new contract with NBC News is that she will be getting her own daytime show to air Monday through Friday, as well as her own Sunday night program.

NBC News chairman Andrew Lack said in a statement, “Megyn is an exceptional journalist and news anchor, who has had an extraordinary career. She’s demonstrated tremendous skill and poise, and we’re lucky to have her.”