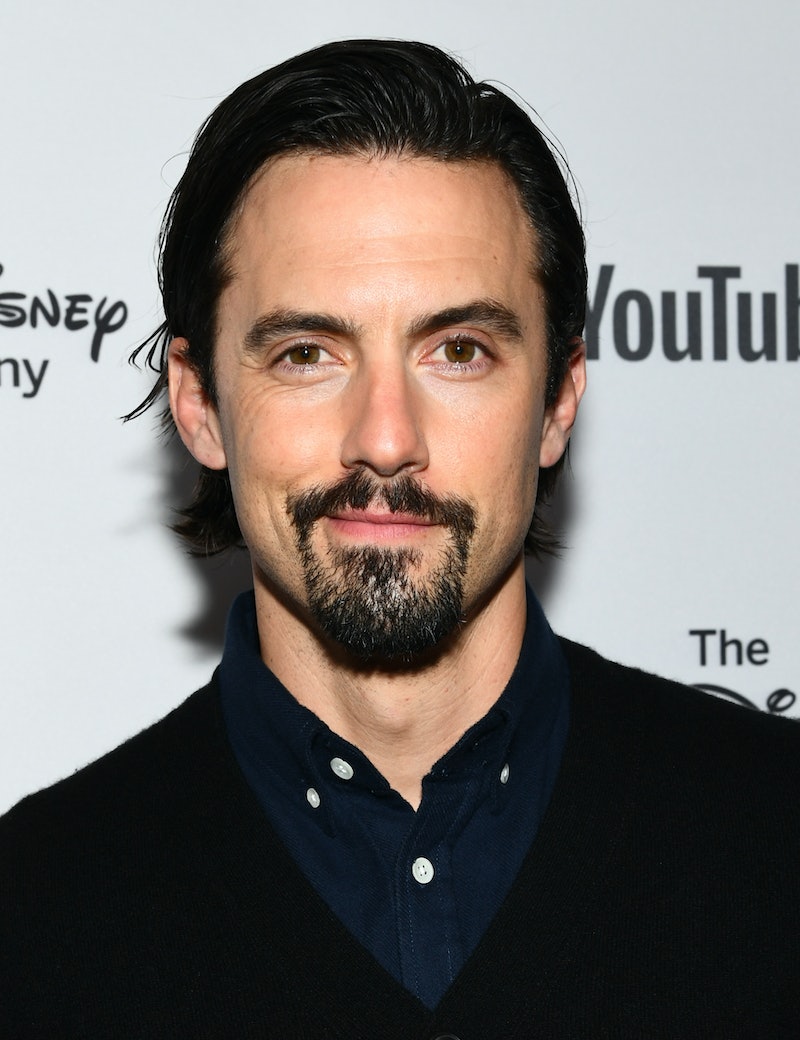 It seems that Milo Ventimiglia always leaves his fans wanting more, but now more is exactly what they'll get. As if he weren't already a shining star, Ventimiglia reportedly just sold three TV shows to Fox, according to Deadline, and it sounds like there's something for everyone. It turns out, the Gilmore Girls alum and This Is Us patriarch also has a production company called DiVide Pictures that he shares with his producing partner, Russ Cundiff, and it's quite successful. Is there anything that the 40 year-old hunk — yes, he's 40 — can't do? It seems unlikely.

What's most exciting about this news is that all three shows are so unique that they're all in different genres. It's almost as if Ventimiglia is really the moody, creative type that he played in Gilmore Girls. According to Deadline, DiVide's upcoming Fox shows includes a drama, a multi-camera comedy, and a reality show. That last one sounds pretty unexpected, considering how easy it is to imagine Gilmore's Jess Mariano scoffing at any non-scripted TV calling it "an amateur copout that reveals the greediness of humanity" or something like that, but apparently, Ventimiglia likes unscripted TV as much as everyone else. Sadly, however, the show isn't a dating competition to win Ventimiglia's hand in marriage. The actor's girlfriend, Kelly Egarian, probably wouldn't like that very much.

While not too much information about his new TV shows has been revealed, the titles and premise of each was disclosed in Deadline's report. The drama, Cordelia, will be a "Latino take on King Lear," which focuses on Lear's titular youngest daughter. A modern twist on a Shakespearean tragedy isn't exactly what we'd expect from Jack Pearson, but it sounds right up Jess Mariano's alley, so it's bound to be dark. According to Deadline, the king of Britain and his deceitful family members will be portrayed on Fox as a "strong Cuban family" in Miami, and it sounds juicy. Even if the familiar story's setting and time are changed in Cordelia, Ventimiglia's show will surely include the same twisted family secrets of the Shakespearean tale. Plus, if its family drama is anything like This Is Us, it will be a fan-favorite.

Also focusing on family drama is DiVide Pictures' comedy show, called The End, which Boy Meets World and Girl Meets World co-creator Michael Jacobs will write. Even if the subject matter sounds somewhat similar to Cordelia, The End couldn't be more different. The family portrayed in the show is tagged as "Possibly the worst family in the world," and it kind of sounds like an updated version of Everybody Loves Raymond as it follows a clashing couple, Joey and Marla, who live with their zany children along with Marla's divorced parents. In the end, the show is about a family's love, so yet again it seems that Jack Pearson's life philosophy may have rubbed off on the actor who plays him.

The last show of Ventimiglia's that was bought by Fox is called Committed, which sounds like it could be the title to describe how much the actor-producer's fans love him. However, it's not that. Instead, Ventimiglia's reality show will follow four couples at various stages in life — during their marriage, first kids, a divorce, and a couple in their old age. It certainly sounds more heartfelt than The Bachelor, and that's perfect for Ventimiglia considering that his performance on one of TV's most heartwarming shows helped make it so popular.

Each of these upcoming shows being produced by Ventimiglia's company sounds both engaging and family-focused, which is exactly what everyone wants. Even if he's not on the shows, knowing that Ventimiglia played a big part in bringing them to life means they're automatically amazing.

More like this
How Much Are The 'Schitt’s Creek' Stars Worth?
By Hugh McIntyre
Holly Willoughby & Phillip Schofield #Queuegate Drama, Explained
By Sophie McEvoy
'Love Island's Ekin-Su Has Signed Up For 'Dancing On Ice'
By Darshita Goyal
Wait, Is Maya Jama Confirmed To Host 'Love Island'?
By Sophie McEvoy
Get Even More From Bustle — Sign Up For The Newsletter