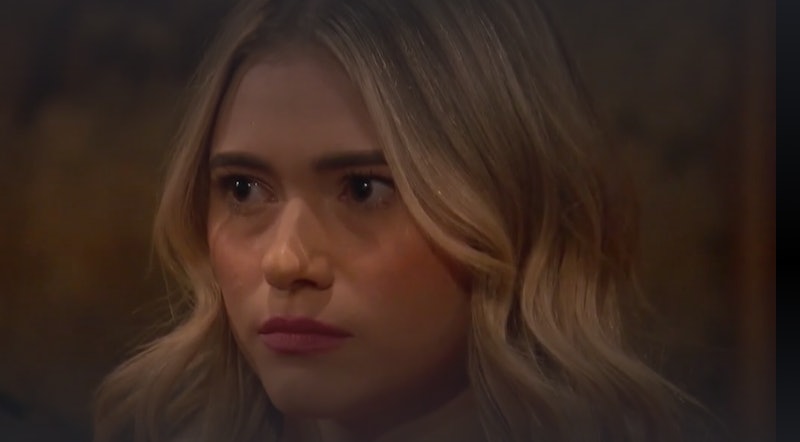 Every longtime fan knows that The Bachelor's two-on-one dates are only good for one thing: stirring. the. pot. If you thought champagne-gate was the most chaos Peter's season would see, you were wrong. Tammy and Mykenna's date turned into a full-on duel, and unfortunately, Tammy lost. A later at the rose ceremony, Mykenna did too. Peter really stepped up this week.

Their date took place after his second one-on-one with Victoria F., which is out of the ordinary. And the invitation was basically Peter saying, "enough is enough" with their ongoing rivalry. But instead of bringing them together and reconciling their differences, it ignited the fire and ultimately, got them both sent home.

Mykenna spent the week in the dumps due to a lack of attention from Peter. Before knowing she was getting a two-on-one, she allegedly packed her bags, assuming she would be sent home. Naturally, Tammy told Peter, and pulled the infamous "not here for the right reasons" card. She also told him that Mykenna was only on the show for social media followers.

Peter talked to them separately to hear out their sides, but for the brief few minutes that they were in the same room, the women tore each other to shreds. "You are nothing to me girl," Mykenna said. Tammy didn't bat an eye. "I'm everything," she countered. In a confessional, Tammy said, "I'm wearing black today because it's her funeral." Mykenna said that Tammy had helped her "find her voice," and refused to be the victim of bullying.

Peter ultimately resolved that he couldn't proceed with both of them and their drama, so he sent Tammy home, which made Mykenna think she was safe. But that confidence was shattered when he waited until the rose ceremony to reveal her fate. If her facial expression was any indication of her feelings, she was not expecting it. At all.

She left the mansion in tears, but somehow, even after a date from hell, she was still able to see the glass as half-full. "This girl right here is tough and strong ... and she knows what she deserves," she said through tears. "I feel like I'm more madly in love with who I am than anything." Let's see what she has to say After The Final Rose.