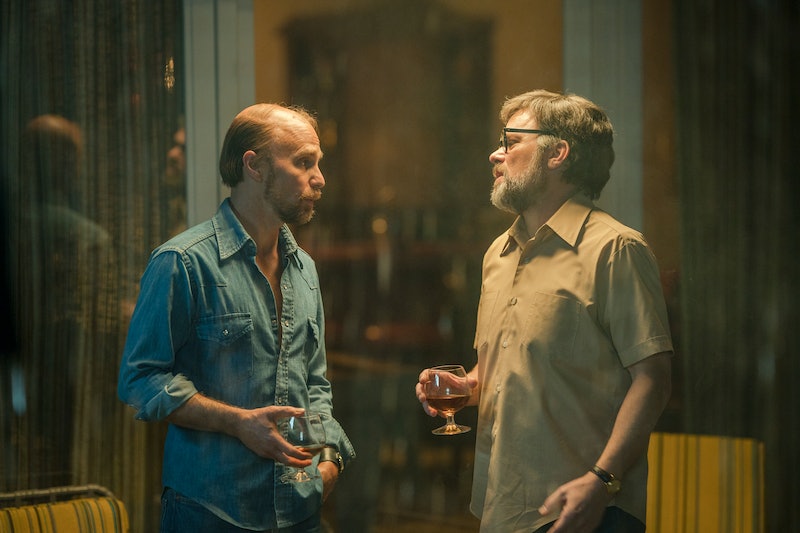 As viewers can see from the show, Gwen Verdon and Bob Fosse's social circle includes quite a few famous folk from the '70s. Fosse's own Algonquin Round Table, as depicted on Fosse/Verdon at least, included folks like producer Hal Prince, writer Neil Simon, and friend of the family Paddy Chayefsky, who in Fosse/Verdon provides a lot of emotional support as well as career advice. While not doing that, the playwright and screenwriter was voicing a generation with his award-winning work — no big deal!

Film bros will jump at the chance to tell you all about Chayefsky, but given his reputation in Hollywood it's interesting to see him depicted on Fosse/Verdon as a compassionate, caring, and genuinely happy friend to the dark and twisty maelstrom that is Fosse. That's because Chayefsky's most famous screenplay, Network, was an undeniably cynical look at media and coined the phrase, "I'm mad as Hell, and I'm not going to take it anymore." A book written about the making of Network even refers to him as "the angriest man in movies," and his debut film Marty is no picnic either. It's basically the most depressing romantic comedy you'll ever watch.

Another, Altered States, is a science-fiction horror film about sensory deprivation and psychotic drugs. Almost everything he wrote was pumping with existential dread.

Chayefsky received two Academy Awards for Screenwriting, one for Network and one for The Hospital. His made-for-television play The Catered Affair was adapted as a film starring Bette Davis and Debbie Reynolds. On Broadway, Chayefsky's plays include The Tenth Man, Gideon, and The Middle of the Night. In the last decade, both The Catered Affair and Network have been adapted for the stage, as well.

The friendship between Fosse and Chayefsky was real, though. When Chayefsky died in 1981, Fosse did a tap dance/soft shoe at his funeral — which, according to the Sam Wasson biography Fosse, was part of a deal the two friends had made when Fosse was in the hospital following a heart attack. If Fosse had died first, Chayefsky was supposed to deliver "a tedious eulogy," and Fosse was to dance if Chayefsky was the first to pass.

"Fosse always believed that the writer was really the greatest contributor on any project," said actor Norbert Leo Butz, who plays Chayefsky on Fosse/Verdon, in an interview with Vulture. "So I think he really wished he was more book smart or had more education. Chayefsky was really well educated by all accounts, a voracious reader. Incredible vocabulary. They completed each other."

He was also, according to Butz, really a sort of uncle to Bob and Gwen's daughter Nicole — who is an executive producer on the FX series. "Nicole would come up to me and say, 'You know, Paddy always called me 'Pickle' because I was obsessed with kosher pickles, and so that’s all he called me,'" he said in the same interview, and that makes it into the series.

So there's truth peppered throughout. Paddy Chayefsky is a fun character on Fosse/Verdon, but his professional life was just as full as darkness, success, and failure as Fosse's himself.