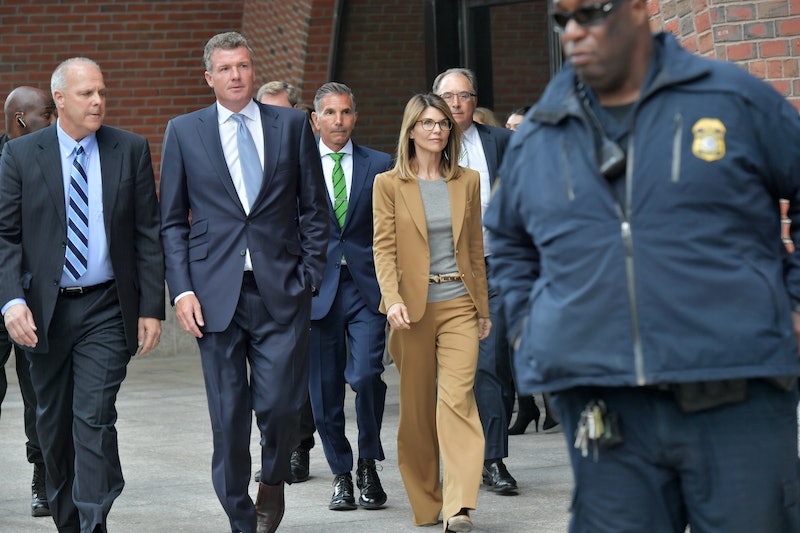 It wasn't long ago that Full House actress Lori Loughlin's name turned up in a list of indictments issued over an unearthed scheme allegedly used by wealthy parents to bribe their children's way into elite universities. Now, it's quickly becoming clear that the indictment will be far more than just an embarrassing episode for Loughlin and her husband, fashion designer Mossimo Giannulli. The amount of prison time Lori Loughlin faces signals that her sentence won't be a walk in the park.

Loughlin and Giannulli allegedly paid $500,000 to have their two daughters admitted to the University of Southern California as members of the crew team, despite the fact that neither of the girls was actually a rower. The parents were charged with having conspired to commit mail and wire fraud. The maximum penalty for the latter is $250,000 and up to 20 years in federal prison.

It looks like Loughlin won't get off entirely scot-free, but her sentence will likely be considerably less than the maximum. Giannulli and Loughlin are now facing a minimum of 2 years in prison, according to TMZ. While it's still far less than 20, their potential sentence looks lengthy when compared to what fellow actress Felicity Huffman, who was charged in the same scheme, could receive.

Huffman joined a group of parents agreeing to plead guilty for their roles in the bribery scheme. She pled guilty to agreeing to pay Rick Singer, the man at the center of the scheme, $15,000 for him to artificially raise her daughter's standardized test scores. Huffman also issued a public apology, admitting her guilt and saying that she "betrayed" her daughter in committing this crime on her behalf.

"I am in full acceptance of my guilt, and with deep regret and shame over what I have done, I accept full responsibility for my actions and will accept the consequences that stem from those actions," Huffman said, per ABC News. "I am ashamed of the pain I have caused my daughter, my family, my friends, my colleagues and the educational community."

Huffman accepted her plea deal, which TMZ reports came with a minimum of four months in prison. She'll likely spend much less time behind bars than Loughlin and Giannulli because of the speed with which she accepted the plea deal and because her crime wasn't as severe in the eyes of the authorities, as TMZ wrote.

After all, Loughlin didn't pay for altered test scores like Huffman — she and her husband are accused of bribing their daughters' way into college. And they allegedly paid quite a bit more than Huffman did in order to scam the college admissions system. According to a report from People magazine, Loughlin and Giannulli's daughter Olivia Jade Giannulli, who got into USC because of their alleged bribe, also knew about the scheme and allegedly went along with it.

This whole process has moved pretty fast, so it seems likely that Loughlin will find out what kind of a sentence she's facing sooner rather than later.