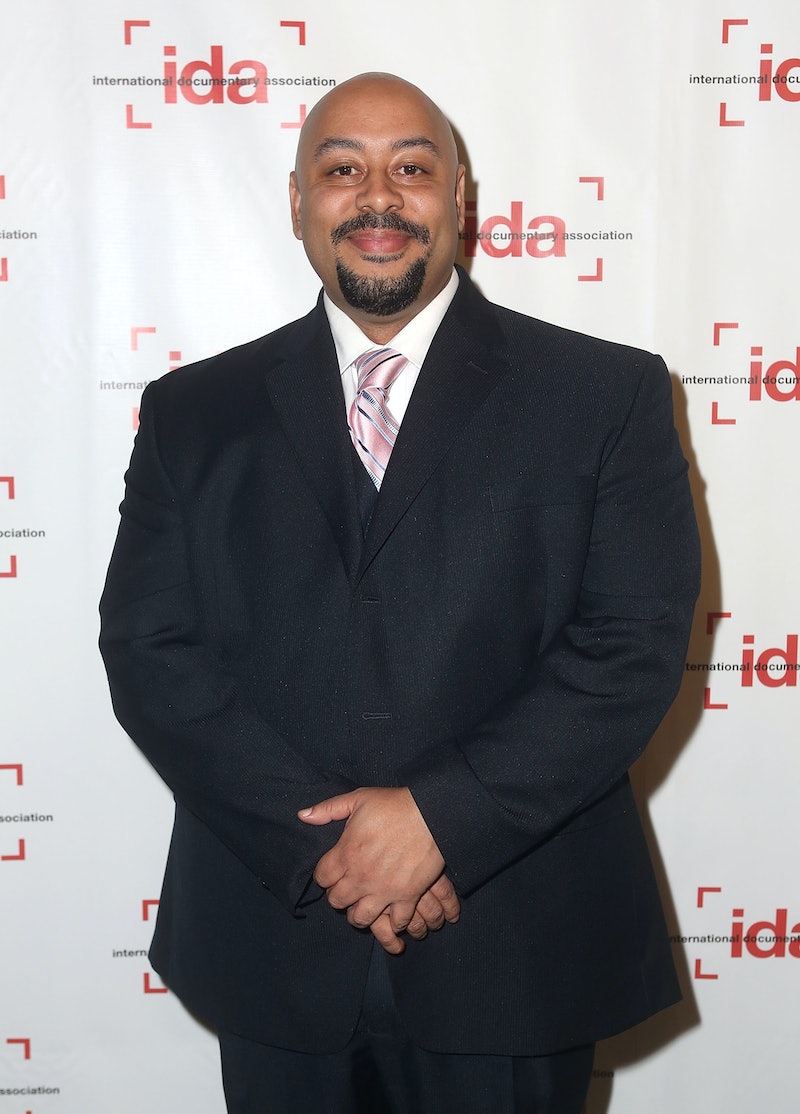 Director Ava DuVernay is bringing the Central Park Five's infamous story to life this week with Netflix's When They See Us, and the harrowing tale is bound to hit home for viewers. Those who remember the 1989 case and subsequent settlement may remember some of the names and faces involved, and the events the four-part series looks to revisit. Many of the affected people were actually involved with the project, and in 2019, Raymond Santana is just as committed to telling his story as ever.

First, let's revisit how Santana is connected to the case. According to CBS News, a 28-year-old white woman named Trisha Meili was found beaten, sexually assaulted, and unconscious in Central Park after she'd gone for a jog one night 30 years ago. Santana was one five black and Hispanic teenagers, ages 14 to 16, who were in the park that night, all of whom quickly found themselves the focus of investigators. Five of them were arrested, and charged with attempted murder, rape and assault, CBS News continues.

Santana, Yusef Salaam, Antron McCray, Korey Wise, and Kevin Richardson always maintained that they were coerced into giving a confession, NBC News reports. Wise spent about 13 years behind bars, while the rest served about seven years before their sentences were overturned due to DNA evidence and a new confession by the actual culprit, as per The New York Times. In 2014, the five men received a $41 million settlement from the state of New York.

Throughout the entire ordeal, the Central Park Five's case was the center of wild media attention that was often racist and misinformed, as reported in The New Yorker, and some of those sentiments still linger today. President Donald Trump, who in 1989 took out full-page ads suggesting that the teenagers receive the death penalty, has never acknowledged the validity of their exoneration, and has even doubled down in recent years, still insisting that the group is guilty of crimes they did not commit.

Despite his struggle following the situation, Santana has spent the years since his 2002 release speaking out about what happened back when he was 14, and how he's coped since. "It’s surprising just to see how emotional people are," Santana told MSNBC in 2012 amidst the premiere of The Central Park Five, a documentary about the situation. "People come up to you crying or they want a hug. They apologize because they believed what the police and everyone was saying. But now, they’re finally hearing our voices."

As it turns out, DuVernay actually credits Santana with When They See Us coming to life at all. He's the one who tweeted to her four years ago and asked her to shift her focus to the real-life events for a movie.

Santana remains involved in activism, and Women's Health reports that he lives in Atlanta with his daughter and works as a fashion designer. In 2017, he received an honorary diploma from the high school he was never able to graduate from. "When we went to prison, this was taken away from us,” he said at the time, per the New York Times. "It was something we never got to experience. You felt like you were being robbed, and we’ve finally found redemption."

He still feels the effects of the wrongful conviction, though, and isn't sure if he'll ever truly move past it. "I used to think I would be healed if I finally got married, had children, had my own family, got my driver’s license," he told Vanity Fair this year. "I’ve done all those things, but I’m still not whole. I don’t know what to tell you I need.”

Hopefully, When They See Us will help Santana and the rest of the affected men continue using their experience for good.