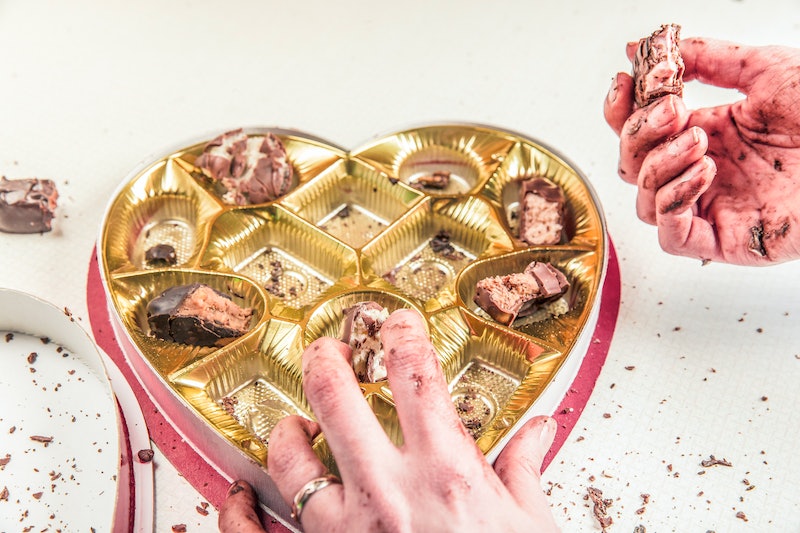 If you're a chocoholic looking for a new way to get your fix, snorting it might sound like an enticing new option for you. A new brand, very appropriately dubbed Coco Loko, is responsible for bringing the raw chocolate mix that you can snort to the United States.

However, is it safe? While the FDA has not approved this nasal "treat," it's already selling online and filling up shelf space at smoke shops and novelty stores. Despite how "out there" it sounds, creator Nick Anderson didn't actually pull this wacky idea from space. According to the New York Post, he was merely bouncing off of an already existing trend that's been growing in Europe for some time.

After trying a few different European blends, Anderson was not only convinced that there was a future for the product in the states, but that he could make a better blend of it himself. So, he invested $10,000 into creating his version of a dessert and energy drink combination that is essentially only the equivalent of having a Red Bull. According to the product's website, the energy boost lasts for about 30 minutes to an hour, and is said to have minimal "come down" or crash.

In a statement to Bustle, Anderson said "there has been no adverse effects" stemming from the controversial product. "As with any dietary supplement I would recommend anyone to use the product responsibly and sparingly and not to over-do it," he says. "It's something to use every once in a while, but certainly not everyday."

Unsurprisingly, there haven't really been any studies on snorting chocolate — though some ear, nose, and throat doctors are concerned about the capability for the mucus membrane in the nose to absorb the raw cocoa. "Other than a quick rush of energy, snortable chocolate has no real health benefit," Dr. Will Cole, senior functional medicine clinic director at Cole Natural Health Centers in Pennsylvania, tells Bustle. "In fact, snorting anything, even natural substances, can greatly damage your mucus membranes and block your sinuses leading to chronic sinus problems. This chocolate has added taurine, ginkgo biloba, and guarana to give it it's energy boosting benefits which can negatively affect people when used often and in larger amounts. Taking healthy foods and using them like an illicit drug, isn't the way to go. You'd be way better off just adding the adaptogen ginkgo biloba into smoothies to give you the boost you are desiring."

Again, while the product has been on sale in Europe for two years now, it's worth doing your research before trying any new dietary supplements or experimental products — even when they involve chocolate.