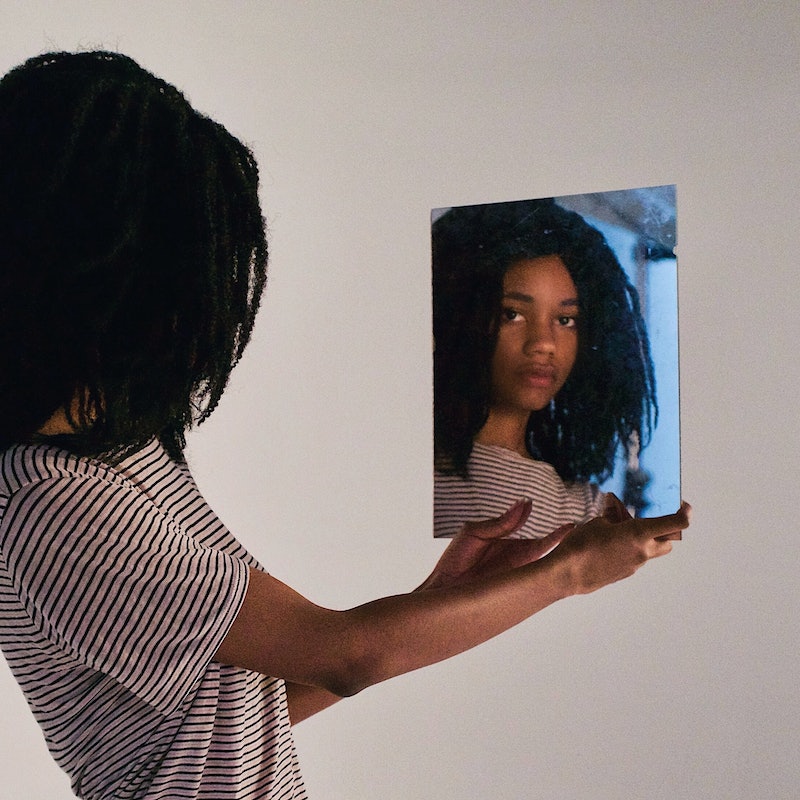 If you feel self-conscious about your tendency to talk to yourself, take heart! You may be doing something beneficial. A new study reveals that talking to yourself helps to relieve stress — if you do it in the third person. Strange as it sounds, being the narrator of your own life might just make you feel more relaxed.

On its surface, talking to oneself in the third person might seem weird and potentially even creepy. (I have to admit that the first thing that this study made me think of was “All work and no play makes Jack a dull boy.” Eesh.) But work by researchers at Michigan State University and the University of Michigan suggest that talking to yourself as if you were someone else (so, I might say, “Lara is very upset right now.”) might make it easier to control difficult emotions.

In the new study, published in Scientific Reports, a Nature journal, the researchers discuss two experiments. In the first, participants were shown neutral and disturbing images and then asked to respond to them in the first person and in the third person. The researchers found that when people reacted to the disturbing images in the third person (asking themselves, “What is [Participants’ Name] feeling right now,” as opposed to “What am I feeling right now?”), their “emotional brain activity” went down very rapidly.

In the second experiment, participants were asked to discuss negative experiences from their own lives in first and third person. The researchers reported that, when the participants spoke about these painful memories in the third person, their brain activity suggested increased emotional control.

So why does third person make such a difference? The researchers believe that it has to do with externalizing one’s emotions. “Essentially, we think referring to yourself in the third person leads people to think about themselves more similar to how they think about others, and you can see evidence for this in the brain,” lead author and psychology professor Jason Moser told MSU Today. “That helps people gain a tiny bit of psychological distance from their experiences, which can often be useful for regulating emotions.”

Study co-author and psychology professor Ethan Kross added that “[w]hat’s really exciting here” is that the experiments “suggest that third-person self-talk may constitute a relatively effortless form of emotion regulation.” Though more research is necessary to fully understand the role of self-talk in our emotional response, Kross said, these findings could have a major implications for “our basic understanding of how self-control works, and for how to help people control their emotions in daily life.”

So next time you find yourself narrating how you feel, embrace it. You might just be ahead of the curve.