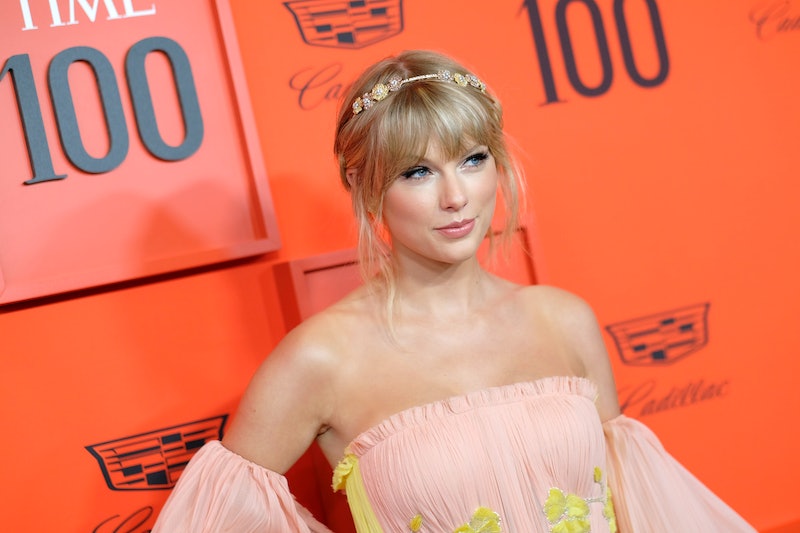 Taylor Swift has been dropping a lot of hints, and, yes, Easter eggs, about her upcoming new album. And she’s been very open about how much effort she puts into embedding these Easter eggs into everything from her music videos to magazine covers and interviews. Swifties are usually excellent at accurately deciphering the clues, but there’s one particular theory that they were wrong about. During an appearance on The Ellen DeGeneres Show on Wednesday, May 15, Taylor Swift addressed the Avengers: Endgame Easter egg theory, which was recently proven to be dead wrong.

"There were some fans that thought I had something to do with Avengers: Endgame, which I would’ve loved to have been asked but I wasn’t," Swift revealed to Ellen DeGeneres during the interview, marking her first appearance on the talk show in four years.

The fan theory comes from the fact that one of the hit singles from her previous album Reputation was entitled "End Game," and given that her new single "ME!" ended up being released on the same day as the new Avengers flick, many fans thought that it was more than a mere coincidence. “We had a single that was coming out the same day and I had a song that was called ‘End Game,'” she explained. “They were like, ‘Oh my God, she’s gonna defeat Thanos!’ I let everyone down again!”

However, other than the Avengers: Endgame theory, Swift admitted that fans are “excellent” at figuring out her Easter eggs. “I like to plant Easter eggs in a video that will be a lyric from unreleased music or a little hint or a wink to what’s coming in the future,” she told the talk show host, adding that her Entertainment Weekly cover story, where she wore a jean jacket with many pins, was centered around these hints.

"It’s just been really fun to expand the musical experience past just listening to a song. I also want people to be watching the music video and [asking], ‘What’s that thing in the background? What’s that song playing underneath there? Is there a reason she said that in French?’”

Swift is very skilled at dropping Easter eggs even at unsuspecting moments. During the "Burning Questions" segment (where she also made a confession about her relationship with Joe Jonas), Swift revealed that she had dropped an Easter egg during her actual interview with DeGeneres.

That hint might have been the part where Swift mentioned that her and collaborator Brendan Urie speaking French in the "ME!" music video was important... for something. "I've tried to learn French several times in my life because I think it's a really beautiful language," she said, before proceeding to say "I am calm" in the language. However, knowing her, Swifties should watch the interview at least ten more times to catch some clues.

The only other information Swift gave about the album was that it was finished, "unless I write something else, and then I’ll probably put it on the album." DeGeneres also prodded her about being in the next music video, which Swift said was coming out "soon-ish," but added that it still needed to be finished, and received an official invitation to appear in it. We're not sure if the host will actually take her up on the offer, but it would certainly make this interview one hell of an Easter egg.

More like this
Taylor Swift Wants To Direct A Movie Next — But You Might Have To Wait
By Radhika Menon
Everything To Know About Taylor Swift’s 10th Studio Album, 'Midnights'
By Grace Wehniainen and Jake Viswanath
Zendaya Shares Intimate Photo With Tom Holland To Wish Him A Happy Birthday
By Bustle Editors
Kanye West Apologizes To Kim K "For Any Stress I Have Caused" In Rare Interview
By Jake Viswanath
Get Even More From Bustle — Sign Up For The Newsletter