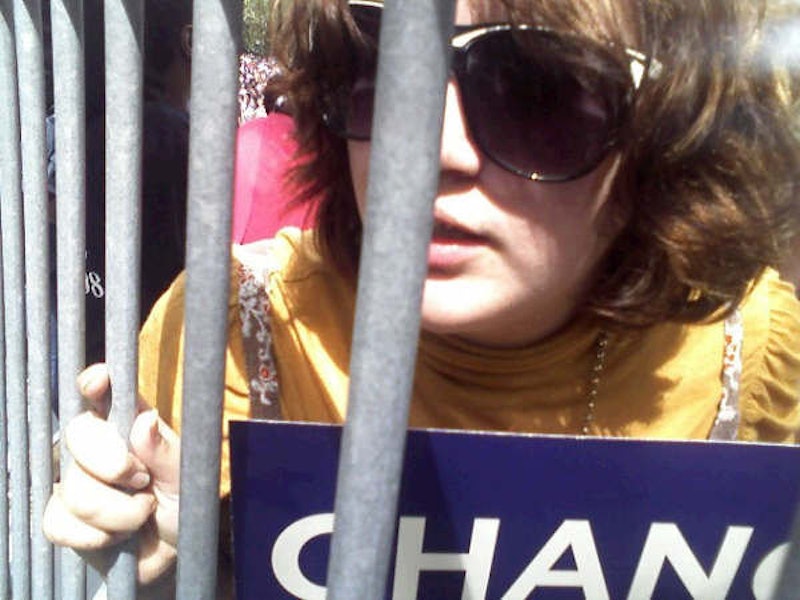 2016 was a year of losses. Last year, the world lost dozens of beloved celebrities as swiftly as Americans lost the chance to elect their first female president and instead chose to elect Donald Trump, a loss in and of itself. We're also losing something else entirely: Barack Obama's presidency. His presidency is something I know well — since I interned on his first campaign in 2008, I've learned a lot from Obama's presidency about the maddening world of American politics and the fraught, disparate will of the American people.

Like many other Democratic campaign operatives, I cut my political teeth on then-Sen. Obama's first presidential campaign. I was a senior in high school who wouldn't be old enough to vote by November, and was inspired by this erudite (and very handsome) young Black politician whose name was as refreshing to me as his message of hope, change and unity. I had no idea politics could be like that — young and passionate people from all over the country convening on my Southern metropolis hometown of Charlotte, North Carolina, to help try to turn the state blue. We did exactly that, making history both in my home state and the country at large.

The slow burn of the high from that campaign has perhaps lasted longest in North Carolina, a critical battleground state that hosted Hillary Clinton's election eve midnight rally and a number of appearances by the Democratic nominee and her surrogates, including Obama himself. Unfortunately, the Democratic campaign's bold equation that claimed Obama's constituency would translate to votes for Clinton didn't pay off — and the circumstances that led to it might have been determined by Obama's presidency.

Virtual gallons of ink have been spilled speculating about how and why Clinton lost to Trump, and there will be even more as time and context reveal the factors that led to his election. From inside Democratic politics, however, the cause is singular and glaringly obvious in hindsight — the party, especially with Clinton as their nominee, had mythological levels of hubris and naiveté regarding not only the peculiar unpopularity of both party's candidates, but of the desires and motivations of the American electorate. Clinton herself and the Democratic party at large are of course culpable, but so too is President Obama, and all those who followed him in his audacious and ultimately incorrect hope that American racial politics can be unified.

I and so many of my Obama campaign peers have had to learn, time and time again since 2008, that racism is alive and thriving in America. We believed that the election of the first Black president would herald a new age of race relations — what we didn't realize, and couldn't have realized, was that it would not be the post-racial utopia we worked to elect.

And when Clinton became our party's new nominee, despite so much evidence that our divided nation would risk the election of Trump over the specter of ISIS, we closed our eyes to all the warning signs. The almost-dead post-racial dream fought bravely and naively until about the early morning of Nov. 9, when it became clear that Trump had won the election. It hasn't been heard from since.

There are and will be as many takeaways from Obama's presidency as there are supporters and opponents of the unlikely leader himself. America witnessed a political moment in 2008 (one that Bernie Sanders' candidacy echoed) that made up for its ahistorical analysis of American racism with an impossibly successful campaign built on idealism and a cult of personality surrounding the then-candidate.

We, the members of that cult, have had to learn many harsh lessons, but the most difficult to swallow has been that the hubris we gleaned from our fearless leader contributed to the election of Trump.