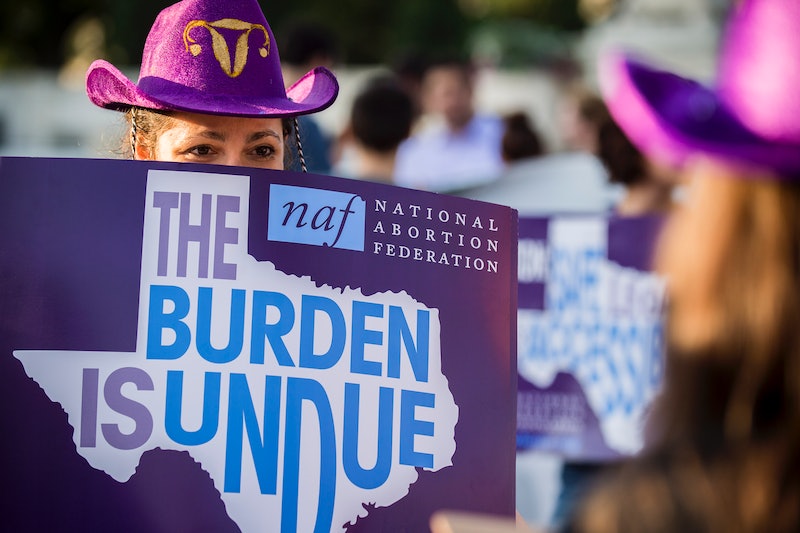 Only days into his first term as president, Donald Trump and his team have begun issuing executive orders that change policy, including undoing many actions performed by his predecessor. While this in itself is not unusual, Trump's orders on abortion rights have many people concerned — and also confused. With the reinstatement of what's known colloquially as the "Global Gag Rule," you wondering what the deal is in terms of the Global Gag Rule versus the Helms Amendment. What's the difference between them? What did these policies do to begin with, and what will President Trump's order change in practice?

The "Global Gag Rule," which is formally known as the Mexico City Policy, was enacted by President Reagan in 1984. The Mexico City Policy forbids the use of federal funding for international non-profit organizations whose work involves abortion in pretty much any way, shape, or form — not just the procedure itself, but even things like educating people about abortion. Meanwhile, the Helms Agreement is related, but it's not the same thing. It prevents any U.S. foreign aid from being spent on abortions abroad.

While the Helms Agreement has been intact for a while now — it was enacted in 1973 in the wake of the Roe v. Wade ruling — the Global Gag Rule has gone in and out of the White House with each incoming administration. It hasn't been constant since President Reagan enacted it —President Clinton overturned it, President George W. Bush reinstated it, President Obama overturned it again, and now Trump has reinstated it once more.

There's no getting around it: Trump immediately enacting the Global Gag Rule feels like an attack on women's and reproductive health. It's a terrible step backwards in our progress for bodily autonomy and choice.

While people have different moral and ethical perspectives on abortion, abortion is a safe procedure that is legal both here in the United States and in many other countries internationally. The reinstatement of the Mexico City Policy feels like a means of removing our right to choose — which understandably has a lot of people worried. We know that Trump and his administration are anti-choice, and that doesn't bode well for any of our reproductive rights.