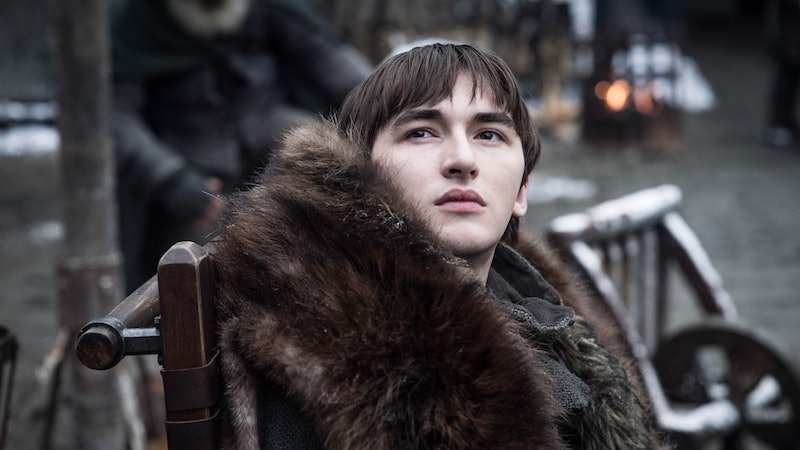 Spoilers ahead for the final episode of Game of Thrones. The final episode of HBO’s fantasy drama Game of Thrones concluded on Sunday, May 19, after eight seasons of deadly fights for the Iron Throne. Following unrestrained bloodshed, Game of Thrones came to end with Bran Stark crowned as the new King of Westeros while his remaining siblings went their separate ways. It was a moment that left many fans slack-jawed after a season of heartbreaking twists and turns. Still, despite the upset surrounding Bran’s new reign, it appears as though HBO has had the last laugh. As of Sunday evening, the Game of Thrones finale was the most-watched HBO show of all time.

According to HBO, Season 8, Episode 6's "The Iron Throne" now serves as the network’s most-watched single telecast with a whopping 13.6 million viewers for the 9 p.m. timeslot. In a dethronement that took 17 years, the Game of Thrones finale now reigns above the last record high: The Sopranos' fourth season premiere on Sept. 15, 2002, which garnered 13.4 million viewers.

HBO’s record-high comes on the heels of fan disgruntlement over the final season of the series. In the penultimate episode "The Bells," Daenerys Targaryen laid bare her full descent into the Mad Queen when she burned down all of King's Landing. Fans were left reeling at the event, which sparked several debates about the show’s turn across the internet. Following the events put forth in the final episodes, fans took to Change.org with a petition that demanded a remake of the last season "with competent writers." The petition has garnered over 1,300,000 signatures. However, Game of Thrones stars themselves are not very pleased with the petition. In an interview with The New York Times, Sophie Turner slammed the petition as "disrespectful." She told the publication,

"I'm not surprised. People always have an idea in their heads of how they want a show to finish, and so when it doesn't go to their liking, they start to speak up about it and rebel. All of these petitions and things like that — I think it's disrespectful to the crew, and the writers, and the filmmakers who have worked tirelessly over 10 years, and for 11 months shooting the last season. Like 50-something night shoots. So many people worked so, so hard on it, and for people to just rubbish it because it's not what they want to see is just disrespectful."

Bran himself also weighed in on the controversy surrounding the final season. In an interview with The Hollywood Reporter, Isaac Hempstead Wright blasted the petition as "absurd." He told the publication, "It's just absurd. I can't even fathom it. It's just ridiculous. It's ridiculous that people think they can just demand a different ending because they don't like it. I have stupidly taken it quite personally, which obviously I shouldn't. In my opinion, it's a great ending."

Disappointments aside, Game of Thrones fans — all 19.3 million of them — obviously couldn't keep away from the finale of the fantasy epic.