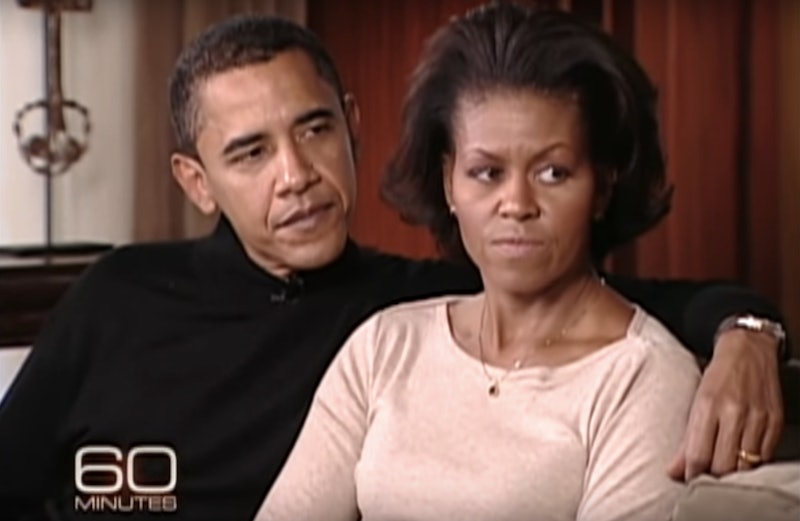 In an interview for CBS' 60 Minutes on Sunday evening, host Steve Kroft asked President Barack Obama what was different about him between 2007, the year he declared his presidential candidacy, and now, as an outgoing president after eight years. Interestingly, Obama said he had not changed much since 2007, reflecting on how he believes his character has remained fundamentally the same.

Kroft asked Obama this question after showing a clip of an interview he conducted with then-Sen. Obama in 2007. While jokingly stating that he had become "grayer" over the past eight years and gained "a few more wrinkles," Obama expressed his pride and gratitude that his perspective and character remain the same now as they did prior to his presidency, stating:

...One of the things I'm proud about is that I think my basic character and outlook actually have not changed much. And people who are closest to me will tell you that the guy who came here is the same guy who's leaving. And the reason I take pride for that is one of the things you worry about when you're in the bubble, and there's all this pomp and circumstance and hail to the chief is, do you lose touch with what you thought was important and what brought you here? And I'm proud that I don't think I have lost touch.

Obama's introspection and consistency of character are two entities that many people will likely miss after he leaves the Oval Office. The fact that the outgoing president believes, as many likely do, that he is fundamentally the same man as prior to when he entered the White House, speaks volumes about his ability to lead courageously, and in a way that was true to himself.

Indeed, when watching Kroft's interview with presidential candidate Obama in 2007, the leadership qualities he has displayed as President are readily evident in the clips. In the footage, Obama assuredly declares how urgent it is to bring the country together and to repair what he believed was the United States' damaged reputation on the world stage. At one point, Kroft even asks him if he has "any doubts" that he is ready to be President; Obama assertively responds "No," prompting Kroft to lightheartedly question from where Obama gets all his confidence. Here, the then-senator and candidate displays the same charisma and leadership qualities that he did throughout his presidency.

Another element of Obama's character that has remained consistent over the years is his love for his wife Michelle, and the wonderful dynamic between the couple that people have come to so strongly admire. Indeed, watching Michelle and Barack interact in the 2007 clip is essentially no different than watching them interact today; they still seem to have the utmost admiration and love for each other, which speaks volumes about both of their characters.

Overall, the consistency of Obama's strength of character as a leader, a husband, and a father is very apparent and wonderful to observe; I believe the President is spot-on is saying that he should be proud that he has not fundamentally changed as a person over the past eight years.