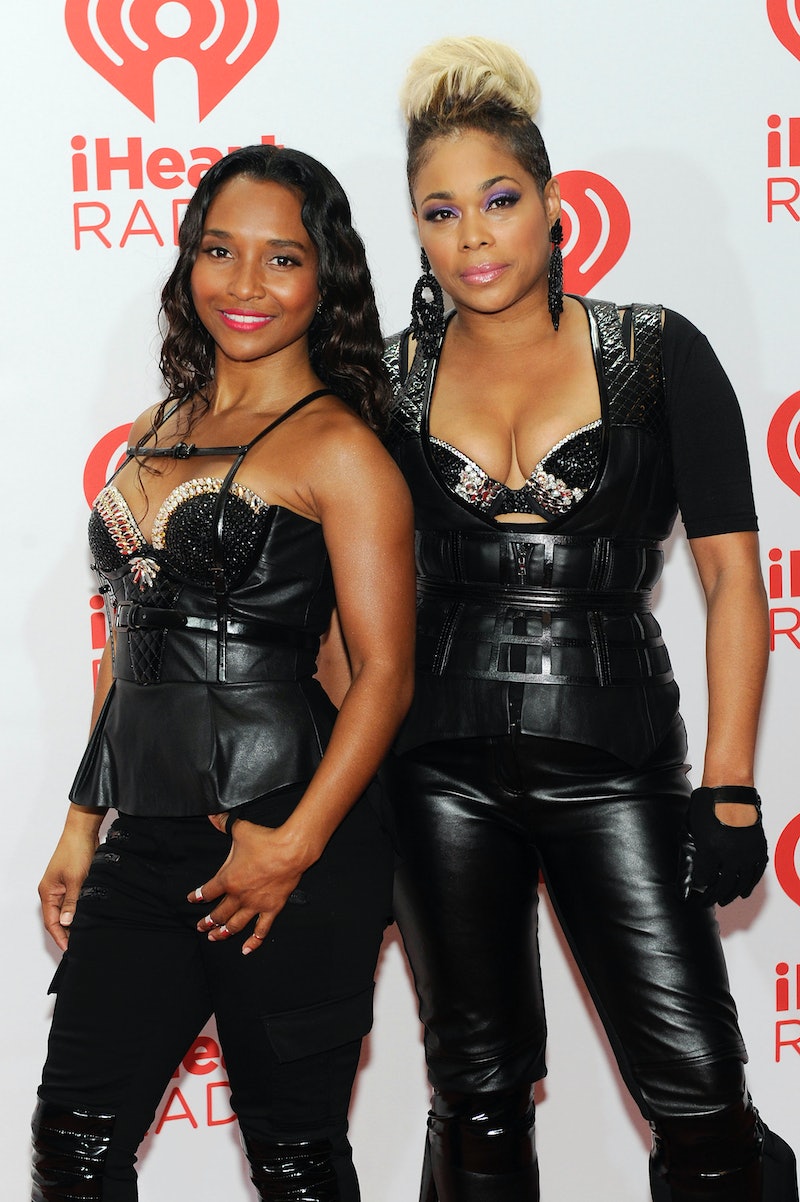 T-Boz and Chilli don't want no scrubs or a Real Housewives of Atlanta peach. In a new interview with Entertainment Tonight, the two surviving members of TLC talked about RHOA, getting asked to be on RHOA, and turning down many, many offers to be on RHOA. Atlanta natives and music icons Tionne “T-Boz” Watkins and Rozonda “Chilli” Thomas said they’ve both been asked to join Real Housewives a bunch of times. However, each and every time they've been asked, they've said, as Chilli put it, “Heck no.”

“All those shows like that, all the Housewives, New York, it doesn’t matter where they are,” Chilli explained to ET. “They’re all acting the same way, and you know, we have a brand to protect. And there’s just no way.” Some people may be fine with all of the conflict that comes with being a member of a Real Housewives cast, but Chilli and T-Boz want no part in it. As they said in almost perfect unison, “I don’t want to argue, period.”

Being a Real Housewife is not for everyone (just ask any of the one-and-done Housewives we've seen come and go the years), and it is probably better to realize and accept that you have no interest in mixing up the drama on camera before you decide to sign up for a reality show. T-Boz explained,

“This is the thing, I don't play like that. Like, I'm not arguing, I'm too old to be arguing and first of all, I don't argue with nobody I don't care about. If I care about you, I will take the time to do this. But I'm not arguing with no grown women. I'll end up going to jail for real. Like, I don't know how to do that."

Please stick to the rivers and the lakes and the willingness to argue on camera that you're used to.

T-Boz told ET that she has been asked four times. “That’s cool for some people, like they’re really housewives,” she said. “But me? That’s not my thing.” Chilli revealed that she’s been offered a spot on the show twice, and her publicist knows to shut it down right away. “I said, ‘You need to say no in a way that lets them know that I would never go on a show like that.’”

But what about your friends... of Housewives? Though they are not interested in holding a peach in the show's opening credits, at least one member of TLC is not opposed to grabbing lunch with the Atlanta Housewife who just so happened to cowrite TLC's "No Scrubs." As you surely recall, T-Boz filmed a scene for RHOA with Kandi Burruss all the way back in Season 2. Come on, if you don't remember a member of TLC snacking on edamame and chatting about the music industry with a member of Xscape, then what do you remember?

As fun as it would be to see T-Boz and Chilli on a Real Housewives program, getting into on-screen tiffs about things like a puppy adoption gone wrong, a bow on a cake, going into someone's closet without permission, and "Herman Munster shoes is not for everyone. Hey, at least we'll always have T-Boz and Kandi's edamame scene.